Financial stress isn’t a mental illness, it's a fact of life—and it masks the bigger issue at play 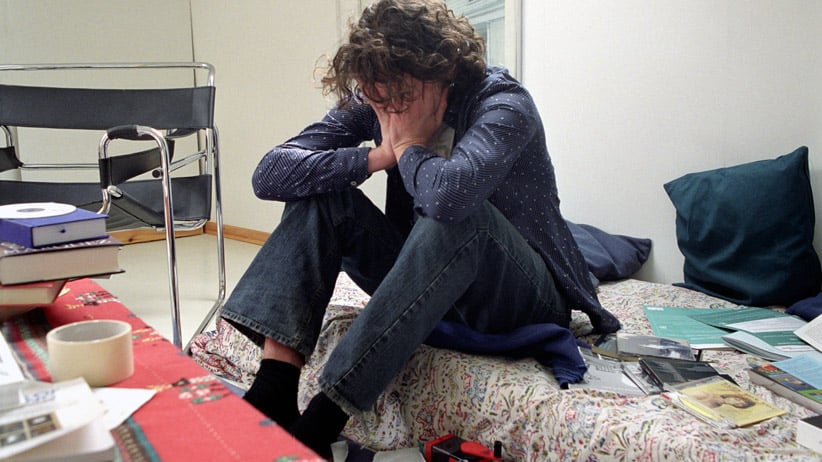 At the Nova Scotia branch of the Canadian Federation of Students, they want a review of mental health services on campuses and point to a common problem. “At Dalhousie University, for example,” says CFS-NS chairperson Anna Dubinski, “it’s quite easy to get a preliminary meeting with a counsellor, but it takes weeks or sometimes months before you get regular counselling. We think that’s not right.”

Many people would agree.

It happened to Abby Andrew, a fourth-year English student at Queen’s University. When she was struggling with depression in first year, all she got from the health centre on campus was a prescription for  antidepressants and a list of off-campus counsellors. She didn’t think she needed a therapist and just waited for the medication to kick in. No one ever followed up. She continued to struggle until her second year, when someone convinced her to see a psychiatrist, who taught her how to work through her problems. Those were “a combination of relationships, the amount of schoolwork, and living with a roommate who I was comparing myself with all the time,” she says. “Just normal things first-years go through—and me not being able to cope as well.”

Her story shows why the CFS-NS campaign could make a real difference, but also why it risks being ignored. While its goal is laudable, its explanation will cause many to roll their eyes. It suggests debt is one of the main causes of the student mental health crisis, a point Dubinski reiterated over the phone. “As tuition continues to increase and funding continues to be taken away from our post-secondary education system, students are simultaneously being asked to take on more [debt],” she says, “and they have increased levels of stress as a result.”

But financial stress isn’t a mental illness so much as a fact of life. If students buy into the idea that normal life stressors equal mental illness, they’re going to be in for a rude awakening when they finish school and have to deal with the even bigger stress of the work world. University administrators, who decide whether to hire counsellors or cut them to save money, know this. If the CFS-NS wants to be taken seriously, they’re shouldn’t be equating normal stress to mental illness.

It’s easy to see why the CFS-NS is confused. Financial stress can trigger mental illness, but only in those people who are already susceptible, explains Gordon Flett, a York University psychologist and Canada Research Chair in personality and health. People who suffer from anxiety and depression are prone to it because of a negative self-image, which is likely caused by genes, adverse experiences early in life, or a combination of both. Mental illness can be exacerbated by all kinds of things—$30,000 student loans included—but that doesn’t make it a cause.

Flett explains that there are essentially three personality styles visible in children, and that they are carried into adulthood unless there’s some intervention along the way: “the resilients,” who bounce back from stress, “the under-controlled,” who seem to act out a lot, and the “over-controlled,” who are more cautious—and more prone to anxiety and depression.

But, like Abby Andrew, they can learn how to cope. This is something Flett will attempt at 14 high schools in York Region, just north of Toronto, this year. Among the things “over-controlled” personality types need to grasp if they’re to avoid mental illness is that they are not “fixed” that way, but are a work in progress. They need to understand that not everyone is an overachiever and they shouldn’t measure themselves by another person’s standards. And they need to recognize how to confront stress with strategies like time management and healthy living (exercise, sleeping on a schedule, not drinking too much, for example).

All of these things can be learned in university, preferably earlier. Suggesting mental health problems are caused by student debt is only going to distract from the bigger issue: Not enough counsellors teaching students how to cope.