How to fight women-only gym times and French-language discounts

Why universities are the best place to learn about what's fair. And what isn't. 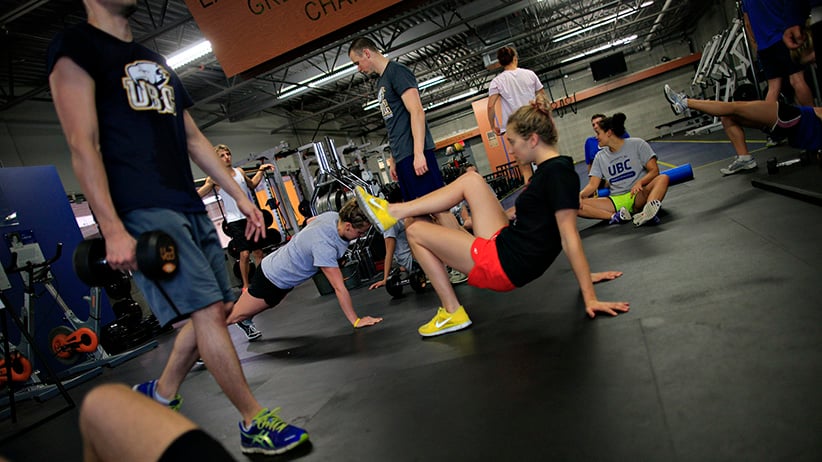 One of the first lessons anglophone international students are learning as they start classes at the University of Ottawa this week, is that they’re paying about $15,000 more per year than their francophone peers.

While that’s a punch in the gut for those students, and would strike many people as discriminatory, those familiar with Ontario’s political history will understand how such a policy can be justified. The university has a legislated mandate to serve bilingualism, and since English is the lingua franca of most Ontarians and internationals, the school needs drastic measures to attract enough French speakers to fill its courses.

Meanwhile at Ryerson University in Toronto, male students are similarly angered this week by the apparent unfairness of a new rule that reserves one of the gyms for women for 90 minutes each day.

At the University of British Columbia, female athletes felt shut out after a sports review resulted in the softball team losing its varsity status to become a competitive club. The softball players allege gender discrimination in a lawsuit, while the New Brunswick Human Rights Tribunal will decide whether the University of New Brunswick was discriminatory when it cut women’s varsity hockey but not men’s.

These scenarios may leave a freshman wondering about justice. What they probably don’t realize is universities are the best places to learn how society decides what’s fair and what isn’t. And if you don’t like women-only gym time, French-language tuition discounts or unequal funding of varsity teams, university can teach you how to make a case for change.

“A university education, especially a liberal arts B.A., is very much about thinking through questions such as ‘what is fair,’ ” says Jonathan Malloy, chair of the department of political science at Carleton University.  “Students learn that reasonable people can have very different understandings of what these mean, informed by personality, culture, experience, and many other things.”

Liberal arts courses teach students how to research a topic, form a written argument, and deliver it. Standing up in front of a class to present a paper is great preparation for the boardrooms, courtrooms and city halls where real change happens.

Malloy’s discipline is focused on political power and the distribution of public goods, so poli sci graduates may be especially well-suited to debating the fairness of tuition discounts for French-speakers and doing something about it if they disagree. Perhaps a letter-writing campaign to MPPs is in order to rally against the discount? Or maybe those opposed could use the social-media skills they picked up in a marketing elective to pressure lawmakers to make a change.

Other disciplines, such as law, may be better suited to helping students understand and debate women-only gyms. Hilary Findlay’s “Sport and Law” course at Brock University in St. Catharines, Ont., seems like a particularly good place to explore it.

To address whether women-only gym times are “unfair” or “discriminatory,” Findlay might ask students to read the case of Stopps v. Just Ladies Fitness (Metrotown), and discuss it in class.

In 2006, the B.C. Human Rights Tribunal decided that a man named Gordon Stopps did not face discrimination when he was not allowed to join a women-only gym, and the case brought up many of the issues that led to Ryerson’s recent decision to impose women-only hours.

“People have a perception that if they’re treated unequally that it’s ‘discrimination,’ ” explains Findlay. The legal definition is more complicated.

For example, the tribunal will consider whether there are legitimate reasons women need a gym that men can’t access. Just Ladies Fitness argued that women generally use smaller weights that they can’t always lift off the bars that men leave them on. On top of that, there’s a history of objectifying women’s bodies through the “male gaze,” which can make it uncomfortable for some women to work out in front of a bunch of guys. Particularly relevant to the Ryerson case is that women from certain religious groups may be prevented from working out at all if they’re forced to mix with men while wearing gym clothes. (Stopps’s complaint was dismissed before the tribunal tested all these questions.)

Students might then learn how to apply some of the theoretical knowledge gained from these discussions in Findlay’s “Sport Court.” For the final project in the semester, students search online databases for cases where issues of discrimination are in play, prepare written “factums” that set out the facts of the cases, and then stand at a podium in a real courtroom to deliver their arguments in front of lawyers, who play judge.

“There are legitimate arguments each way,” says Findlay, “so it’s a matter of understanding both sides.”

Understanding all sides of an argument is the first step toward opposing or defending it. Understanding how to argue effectively is the second.