Study in France: A guide for Canadian students

Ever wanted to study in an idyllic chalet, in the midst of a botanical garden, immersed in French? Here's how to get an education in the Alps. 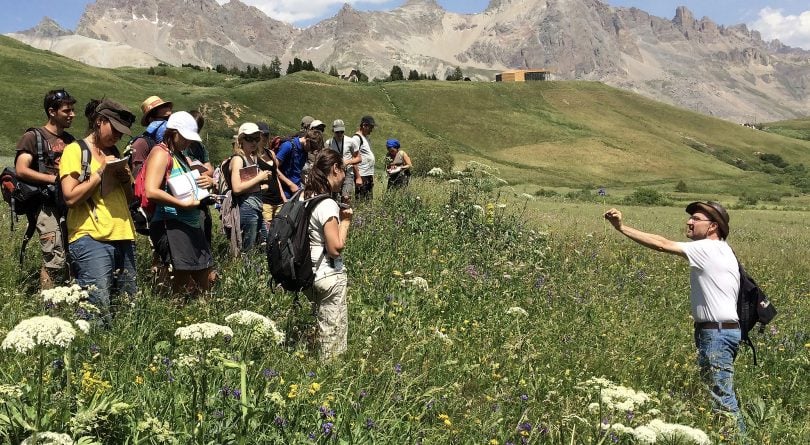 France is not only the top tourist destination in the world, it’s also tops for Canadian students studying abroad. Fourteen per cent of outbound students choose to study there, according to data from the Canadian Bureau for International Education.

Nakita Rubuliak is one of them. In the summer of 2017, the University of Alberta environmental and conservation sciences student travelled to the French Alps for a three-month program that mixed language study with an internship. First, she studied French for credit at the Université Grenoble Alpes. “The classes were quite intensive,” she says—five days a week with no English. Rubuliak’s language skills improved quickly.

From there, she travelled to a Université Grenoble research garden in the Col du Lautaret, in the Alps near the Italian border. She lived in an idyllic chalet in the midst of a botanical garden, where she worked on climate-change research, measuring alpine and sub-alpine plant growth. “I was the only foreigner,” says Rubuliak. “I was in a completely French setting. By the time I got back, I was fluent.” The internship helped Rubuliak land a job with Parks Canada in Waterton Lakes National Park this past summer, something she’d like to go back to after graduating in 2019.

Any stay longer than 90 days requires a student visa. Along with a passport, you’ll need a pre-registration certiﬁcate from your university proving that you’re studying, and proof of accommodation. You’ll also need to show that you have enough funds to study in France. Student visas are valid for a maximum of three years. A student visa application will cost 99 euros, or about $150.

France has more than 3,500 institutes of higher learning, which includes both public and private institutions. Three-quarters of foreign students study in state-funded universities, which offer three-year undergraduate degrees. Grandes écoles are another option. These specialized professional schools have more competitive entrance requirements and higher tuition fees, offering degrees in engineering, business, political science and veterinary medicine. Paris Sciences et Lettres (PSL) is the top-ranked university in France and No. 72 in the world, according to the Times Higher Education World University Rankings. PSL is made up of nine institutions, and 25 per cent of its students are international (compared to 12 per cent elsewhere in the country). If you want to share an alma mater with Louis Pasteur, Jean-Paul Sartre or Michel Foucault, consider PSL.

At public universities, the French government mostly pays the cost of tuition, even for foreign students. For the 2018-19 academic year, tuition for an undergraduate degree at a French public university was 170 euros, or about $260. Tuition may be cheap, but you’ll still have to cover the cost of visas, airfare, books and living expenses, and maybe a French test.

While some universities in France offer courses in English, foreign students studying in French may need a document proving their grasp of the language. For Canadians, this means taking the Test d’Évaluation de Français pour le Canada (TEF Canada). The test is offered regularly by the Alliance Française and at French-language Canadian colleges and universities. The exam costs $440 through the Alliance Française, so factor that into your budget. There’s a 60-day waiting period between tests if you need to redo it. If you have a French-language high school diploma, you could be exempt.