Study in the U.K.: A guide for Canadian students

How to get a visa, what it will cost and which schools to select 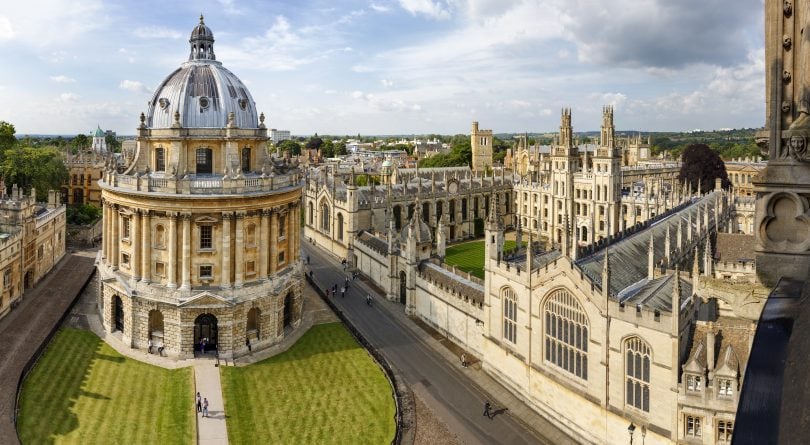 With some of the oldest universities in the English-speaking world, and many of the current top-ranked ones, there’s a reason the United Kingdom is second on the list of most-chosen countries for Canadian international students. Approximately nine per cent of outbound Canadian students study in the U.K., according to the Canadian Bureau for International Education.

Saveen Chadha, a University of Toronto financial economics student, travelled to the University of Oxford for a month of study in August. Her intensive month-long course on the history and design of financial institutions included three days of instruction per week and one day of field trips, often to London. “The first trip we did was a financial tour across old London—the stock exchange, the Bank of England,” Chadha says. On her three-day weekends, Chadha did short trips to Manchester, Bath and London on her own.

When Chadha graduates with her bachelor of commerce in 2019, she hopes to pursue a career in finance and get her accounting designation. She says the chance to study abroad gave her a better understanding of a place that serves as the financial centre for much of the world. “It was direct, practical experience while studying theory,” Chadha says. “It was a good exposure to what happens in the real world.”

Full-time students will need to apply for a tier four (general) student visa at a cost of £348, plus an additional health care surcharge of £150 annually, which will allow you to use the National Health Service (meaning you shouldn’t need separate health insurance). That’s almost $850. You can apply for this visa three months before your course starts, and you’ll have to prove you’ve been offered a spot on a course and that you have enough funds to study. Once granted, the visa length will depend on the program of study. The visa also allows students to work during their studies.

The University of Oxford, where Chadha took her course, is the oldest university in the English-speaking world, and Cambridge is a close second. They also rank among the top universities in the world and both have over 30 per cent international students. The London School of Economics is dedicated to social sciences, and Imperial College London is a go-to destination for science—Sir Alexander Fleming, who discovered penicillin, studied there.

The U.K. is known to have some of the highest tuitions, also referred to as fees. While fees are capped for domestic students, the same doesn’t apply to international students. Fee amounts will vary, depending on which school you choose, but international students can pay between £10,000 and £35,000 per year in tuition fees—about $17,000 to $60,000. Undergraduate degrees are typically three years long. You’ll have to factor in airfare and living expenses of between $1,700 to $2,500 per month. Expect to pay top dollar in London, where the cost of housing is notoriously high.