Study in the United States: A guide for Canadian students 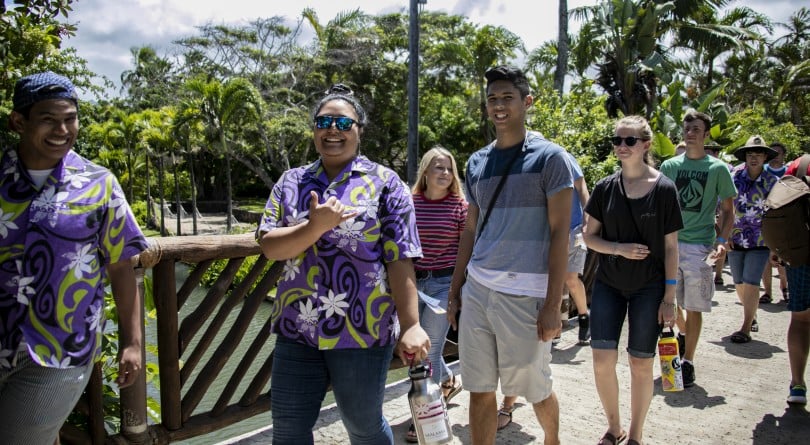 Our southern neighbour is a destination for about eight per cent of outbound Canadian students, according to the Canadian Bureau for International Education. It’s geographically close, culturally similar in many ways and home to many of the top-rated universities in the world.

Adventure, not geographic proximity, prompted Kirsten Nesbitt to study in America. Nesbitt was 18 when she moved to the town of Laie, on the island of Oahu, to study at Brigham Young University Hawaii in 2004. “There was a huge boost of independence,” says Nesbitt, who had not travelled abroad alone before. “It was an experience of coming into my own and being able to figure out who I was and what I wanted out of life.” Nesbitt says she gained new cultural understanding, as many students hailed from Polynesian and Asian countries. She also made lifelong friends in a beautiful setting. “On American Thanksgiving, we camped on the beach and woke up in the morning to dolphins,” she recalls. “It was magical.” Nesbitt transferred back to Canada, graduating with a bachelor of science in food, nutrition and health from the University of British Columbia.

Canadian students do not need a visa to study in the U.S., but they do need an I-20 certificate from their university. Students will then be entered into the Student and Exchange Visitor Information System, better known as SEVIS. This student-tracking program, operated by the Department of Homeland Security, requires a first-time fee of US$200. While Canadians may be used to flashing their passport and travelling across the Canada-U.S. border as a visitor, students need to remember to submit a I-94 record each time they cross the border.

The U.S. has some of the top-ranked universities in the world. Caltech, Stanford, MIT, Harvard, Princeton and the University of Chicago all made the top 10 in the annual Times Higher Education World University Rankings for 2018. There are almost 7,000 other colleges and universities, including many public schools, as well as private not-for-profit and private for-profit schools.

Tuition in the United States is generally higher than in Canada, but it will vary widely depending on where you go and whether you choose a public or private school. Out-of-state students and international students pay higher tuition in the U.S. than their in-state peers. Statistics gathered by the College Board for the 2017-18 academic school year show that the average tuition for non-resident students at a public institution was $25,620, and it went up to $34,740 at private not-for-profit schools. The average for room and board in that same year was $10,800 for public and $12,210 for private schools. However, those are the “sticker prices,” says the organization. The majority of students in the U.S. receive some kind of financial aid during their studies, so the actual cost paid for tuition and board is often much less.