Why Gord Downie's lyrics are worth studying in school

The Canadian stories told in Tragically Hip lyrics can be studied in history, poli sci and English classes across the country 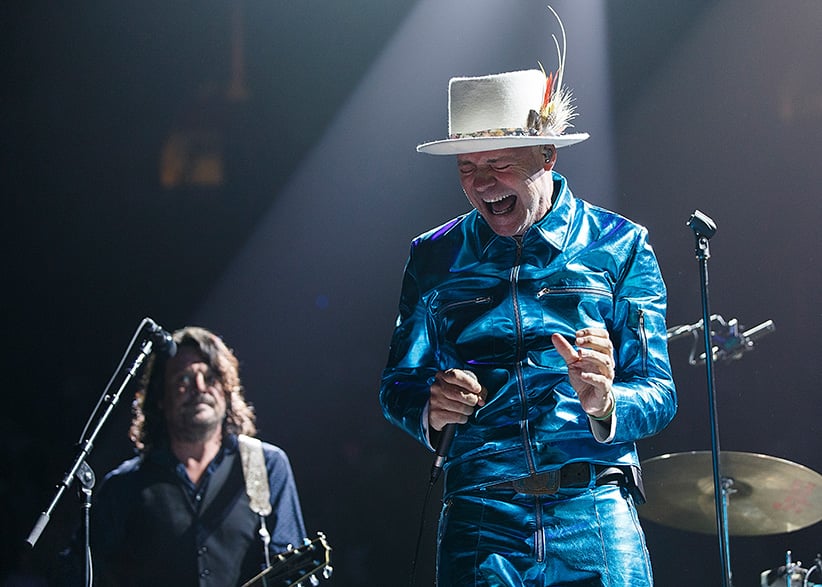 Hats off to Downie: The Tragically Hip’s singer and lyricist explores ‘the paradoxes of being Canadian,’ says a Calgary prof

“A nation is a collection of stories about who we are,” says Teal Hranka, of the North American studies department at Wilfrid Laurier University. We look to pop culture as much as anything else to tell us who we are: music, film, books, visual media that are accessible to a huge number of people.This is what is examined in many Canadian studies curricula, where the likes of Margaret Atwood, Al Purdy, Emily Carr and Joy Kogawa drive discussion. Even before the events of last summer culminated in a cultural moment, the Tragically Hip became the first rock band to be consistently part of that conversation.

The reasons why are obvious: They were a massively beloved Canadian band whose most popular work explicitly exploited—and examined, often critically—this country’s mythology. They’re one of the very few artists of that stature whose success was confined largely within our borders, making them even more identifiably Canadian than our international exports. And, in front man Gord Downie, the Hip had a lyricist whose work is as revered by poets and academics as it is by the fans who turned out by the thousands to hear it performed. “Your finger starts to wiggle,” he once sang, “and landscapes emerge.”

Patrick Finn is an associate professor at the University of Calgary’s school of creative and performing arts, where he teaches poetry, drama and English lit; he has been using the Tragically Hip’s music in all his courses since 2000, back when the band was still in their productive first decade of recording. Talking about the band in class, as a way to introduce students to contemporary poetry, made Finn, well, hip. And it wasn’t a matter of pandering to popular taste. “Gord Downie is as complex as Emily Dickinson, but you can’t get a hockey arena geared up about Emily Dickinson,” says Finn. In 2016, long after the group’s commercial peak, the Hip are now officially part of the canon, and “you have people who rebel against the fact you’re supposed to like them,” says Finn. “But if you were forced to study Canadian history, you had to study Jacques Cartier. I mean, you don’t have to like Hamlet, but we have to agree that it’s influential. You can say Downie is one of our greatest poets without controversy—but what does it mean to be Canadian?”

Central to Downie’s lyrical oeuvre, however, is resisting any kind of Canadian nationalism, exploring what Finn calls “the paradoxes of being Canadian.” His characters, his stories, are haunted by history, not vessels for jingoism. This is a man who recently lamented that in Canada “we celebrate doughnuts and hockey. Over and over and over and over again.” In one of his greatest verses, he writes a boy-meets-girl story with the couplet: “You said you didn’t give a f–k about hockey, and I never heard someone say that before.” Could one ask for a more concise distillation of both Canadian myopia and the gender divide?

Alice den Otter, English professor at Lakehead University, uses the song “Wheat Kings” in class, in part because “it doesn’t just spoon feed the story of David Milgaard or of anyone else wrongfully accused of murder. It creatively requires the listener to connect the dots. It brings together beauty and death, dreams and injustice, the Prairies and the media, past and future. Only three or four out of 20 students in this second-year class were familiar with the song. Some had never heard of the Tragically Hip.” Nevertheless, the response was strong, prompting engaged questions. “It was wonderful to see them actually wanting answers to their questions, rather than just following an assignment.”

“I see Canadian music as a national space, a point of contact and connection, where we can develop our sense of shared experiences,” says Hranka. “We have a vast and varied country, and music is a chance for that sense of community to brew. There are always students in my class who are Hip fans; something seems to resonate. One thing they find interesting, from a historical perspective, is that the Hip was one of those bands who brought us from talking about music in Canada”—meaning regional folk music, or artists who found acclaim abroad—“to talking about Canadian music.”

Of course, the most commercially successful Canadian lyricist since Downie to explicitly reference Canada is Drake. Is he a part of Canadiana 101 yet? “He definitely comes up in class,” says Hranka, “but the students see him as more of a Toronto artist than a Canadian one”—which is fair, if the criteria is the locale of his lyrics. Finn puts Drake in a much longer lineage. “The use of repetition, strong language and warrior boast in Beowulf has parallels in hip hop. In rap, a great deal of weight is placed on someone’s authenticity. That locale stuff for Drake connects to that tradition. He has to own who he is, because he can’t be anything else.”