Universities have experienced a surge of interest from American students 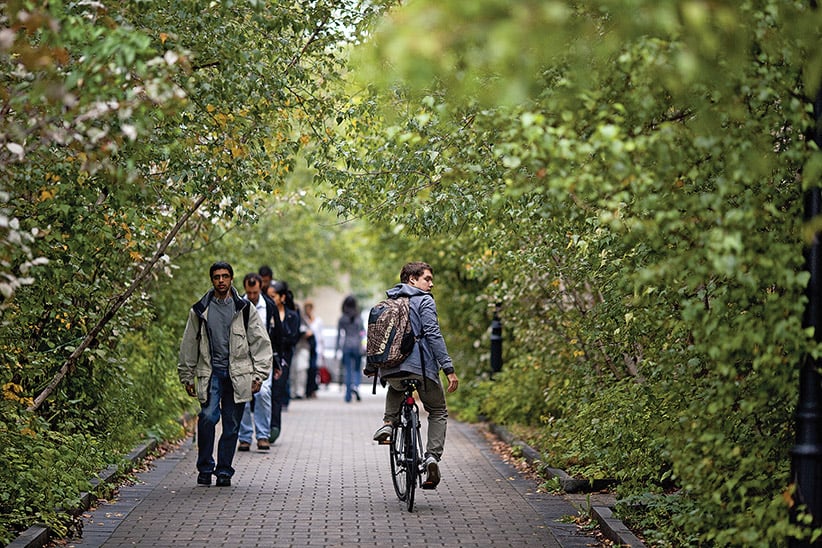 TORONTO – Interest from Americans looking to study in Canada has increased sharply since the election of Donald Trump as the next U.S. president, Canadian universities say.

For example, the University of Toronto‘s enrolment website received 10 times more traffic from computers based in the United States on the day after the election than on the day before, said Ted Sargent, the school’s vice-president international.

“It was pretty striking,” he said.

Google searches in the U.S. for “college Canada” and “university Canada” also spiked after the election, with most coming from New York and California. Both terms were searched more than twice as much on Nov. 9 than on any other day in the last five years.

At McGill University, the surge went beyond searches and page visits.

Kim Bartlett, director of admissions, said the university received hundreds more applications from Americans this past Tuesday compared to the same day last year. But grades, not political motivations, are what matters, she said.

“We’ve faced elections, we’ve faced currency devaluations and earthquakes and wars. There’s a lot of world events that can have an impact on the number of applications,” Bartlett said. “But admissions requirements stay the same.”

Admissions are granted based on grades, not on quotas based on province or nationality, Bartlett said. As a result, McGill could end up with a higher proportion of American students in the class of 2021 — in effect freezing out some Canadian students.

Still, it will take months before any impact on admissions is known. Acceptances go out in the spring, and it remains to be seen how many American students follow through and accept offers of admission.

More foreign students does mean more revenue given that international admission rates are higher than those for Canadian residents.

A report commissioned by Global Affairs Canada Overall this year estimates international students spent $11.4 billion on tuition and everyday expenses in 2014 alone, adding $9.3 billion to Canada’s GDP. According to the report, that translates to 122,700 jobs.

“It’s an interesting product that we sell, education. It’s one of the things we’re very proud of,” Bartlett said.

“When we attract international students there’s an economic incentive. But beyond that, when we give someone a Canadian education and they stay in Canada or return to their home country, it’s a wonderful relationship we have forever.”

Sargent said Canadian universities like U of T may also end up with a spike in international students from outside the U.S. who would have otherwise opted for an American education pre-election. The bump in page views after the election came from around the world — not just from the States.

Karen McKellin, executive director of the international student initiative at the University of British Columbia, said increased interest in Canadian schools might be offset by the economic consequences of the election.

For example, she said, Trump’s vow to target China’s currency could dampen enrolment given that most international students in Canada come from China.

“Students who would like to study abroad might not have the means to do so,” she said.

Foreigners can expect to pay about $60,000 per year, including tuition and living expenses, at UBC.