UBC's baked goods are legendary. But like everything delicious, it was time for an update. 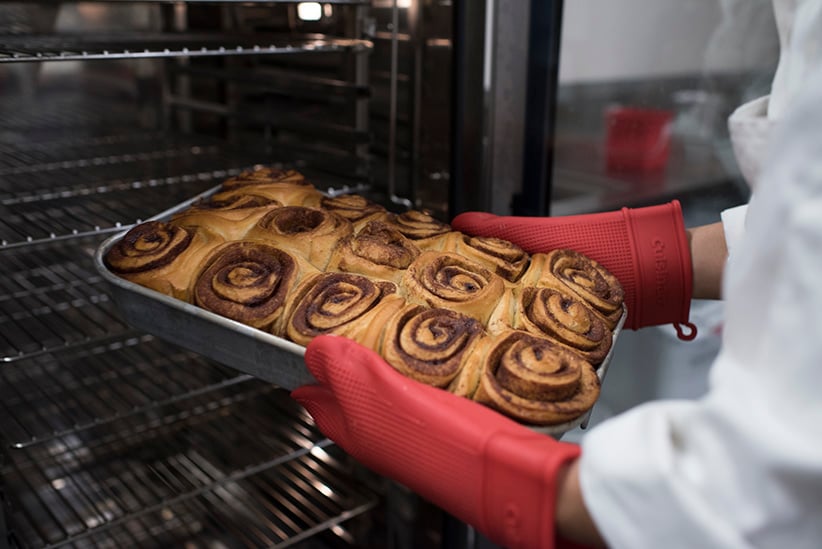 UBC’s famous cinnamon buns are an institution on camps and have been popular there for decades. (Photograph by Jimmy Jeong)

“This story is about how food can make memories,” says the University of British Columbia’s David Speight, executive chef and culinary director. “We have always sold cinnamon buns here. And when grads leave, they take that fond memory with them.

“We get orders begging for cinnamon buns from as far away as Australia,” he says of the nostalgic alumni.

Both the UBC alumni magazine and the Vancouver Sun have published the university’s “secret” recipe, but the UBC cinnamon bun has many legends tucked in its sticky swirls.

Speight says the creator of the recipe was Grace Hasz, who worked in the university’s bakery from 1954 to 1970. “She never wrote the recipe down,” he says. Hasz’s grandson, Eric Leyland, confirms that the 120 dozen buns she produced daily to sellout lineups were all made “by instinct.”

After Hasz’s tenure, another baker, Peter Cunningham, took over the bun production for the next couple of decades, according to Speight. And then, circa 2010, the modern world and its insistence on lighter and healthier, fresh and local fare—and reasonable portion sizes—intruded on UBC’s cinnamon bun traditions. 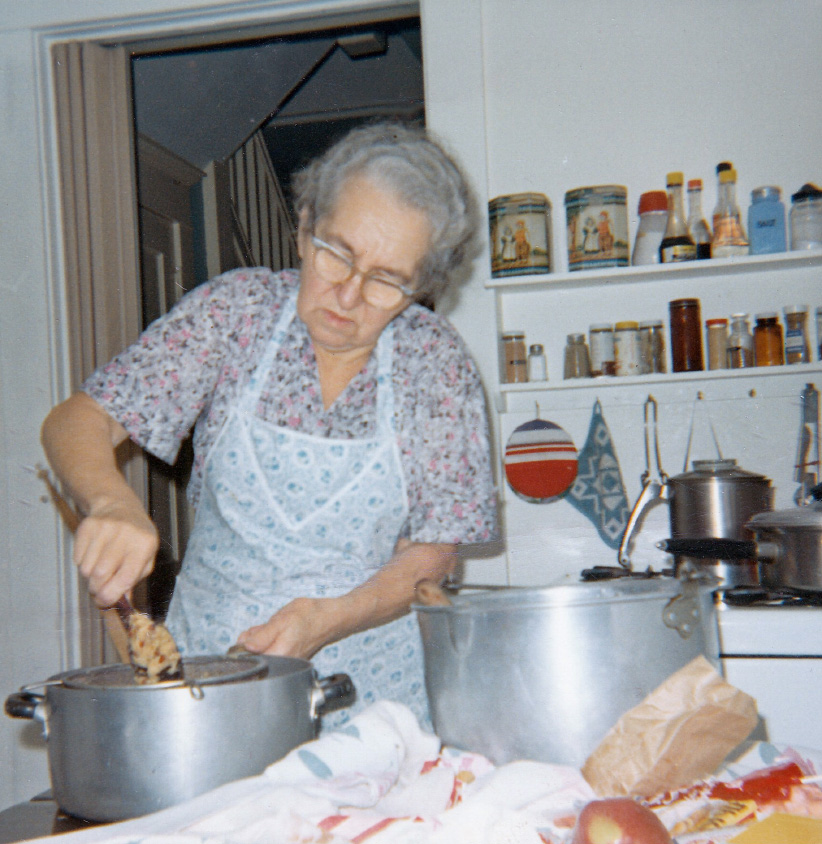 The powers that be downsized the buns (and lowered the price), earning the treat the nickname “the cinnamon snail.” Purists grumbled, but, as reported at the time in The Ubyssey, sales of the snails rose.

While Speight is all for the comforting qualities of food, he is also charged with “helping students make the connection to good food. When they arrive on campus, it is often the first time students have been able to make their own food choices,” he says.

“Healthy choices are an education opportunity,” says Speight. “Food and life go hand in hand.” Besides, “we have to fight that freshman 15!” he says of the fabled first-year weight gain that can come with the all-you-can-eat buffet that is central to residence life.

According to Leyland’s 2011 estimates, the UBC buns of today (post-snail-sizing) ring up at 433 calories with 14 grams of fat. But he maintains that Grandmother Hasz’s version, which he remembers from his childhood with a passion, likely called for a much longer stint on the treadmill.

His blog is dedicated to recounting his trial-and-error process of recreating the original buns. He also says the published version of the recipe stints on the cinnamon: “The buns should be almost black from cinnamon, the smell overpowering.”

Speight hopes that not only will current students take the school’s traditional fresh-baked memories with them, but that his food team is on track to make some fresh impressions.

That is how that highly visible hallmark of food-mad Vancouver—the food truck—appeared on the UBC campus. It is the only university in North America, Speight believes, to have a food truck program. The options at the five mobile vans—offering Thai, fish and comfort-food selections, among other specialties—are available to those on the campus meal plan.

“Now that’s a very local memory our students will be taking away with them,” he says.