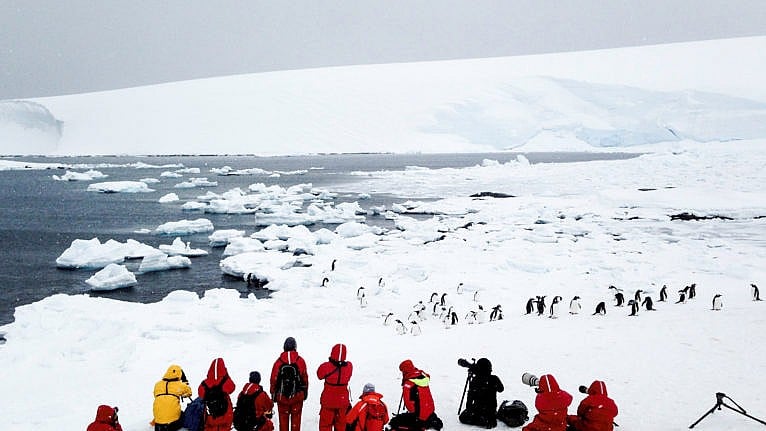 Quest University Canada, tucked into the Coast Mountains in Squamish, B.C., is unique in the Canadian academic world: a private, not-for-proﬁt university offering a single bachelor of arts and sciences degree. Now 14 years old, it’s a reinvention of the well-rounded curricula of American liberal arts colleges, but with dramatic differences. Class sizes are capped at 20 students and courses are taken one at a time in intensive 3½-week blocks.

But it’s not just the block plan that’s different. The first two years of the degree, called the foundation program, is a core curriculum that introduces students to disciplines across the arts and sciences. The latter two years, called the concentration program, are student-designed, with each pupil working on a single question of their choosing, such as “What’s the best way to educate a child?” Students build their own curriculum and take experiential learning blocks on or off-campus to gain hands-on experience. The process culminates in a keystone project.

Last December, a deal was finalized between Quest and Primacorp Ventures Inc., bringing nearly a year of financial uncertainty to an end. In January 2020, Quest had been granted creditor protection after accumulating nearly $29 million in debt. Under the new partnership, Quest sells its land and campus buildings to Primacorp and the company then leases the facilities back to Quest. Primacorp, a large Canadian independent provider of private post-secondary education, will also provide support in recruiting, marketing, fundraising and operational financing. Quest faculty will continue to deliver programming and Quest will remain a board-governed, not-for-profit university.

Enrolment is down dramatically at Quest this year: 200 students compared to 600 students in the previous year. The latest graduation class was larger than normal while the fall 2020 incoming class was much smaller than usual, due to the COVID-19 pandemic and Quest still being in creditor protection at that time. In addition, a group of students decided to take a leave during the pandemic.

Quest’s physical setting is stunning. The campus is 45 minutes from Whistler and an hour from Vancouver, making it a recreational haven. Students can ford streams, explore forests or camp on beaches—sometimes for class credit. Skiing, snowboarding and the Pacific Ocean are never far away. The entire student body lives in condo-style residences on campus.

Quest is expensive by Canadian standards. Annual tuition, student fees, and room and board run about $48,680; however, a large number of domestic and international students receive financial aid.

University Canada West is a private, for-proﬁt university located in downtown Vancouver. With the option to study on campus or online, this 17-year-old university offers four degree programs: a bachelor of commerce, a B.A. in business communication, an associate of arts degree and an M.B.A.—the most popular program. With programming designed to emphasize leadership, critical thinking and persuasive communication, students are challenged using real-world case studies and examples.

Class sizes are small—usually 25 students or fewer—to maximize the interaction between professor and student. The university offers four terms per year, accommodating students who wish to study at a faster pace. Of approximately 3,700 students enrolled per term, generally about 10 per cent study online and 90 per cent are international students.

“While COVID-19 has changed much about the world and has created a lot of uncertainty, we remain committed to providing a high-quality education that prepares our students for the business world by equipping them with skills that employers are looking for,” says president Brock Dykeman.

Canada West was founded by former University of Victoria president David Strong in 2004, but became part of an educational conglomerate in 2008. Since 2014, it has been owned by Global University Systems, an international network of private higher-education institutions. CanWest has experienced record growth over the past three years and plans to add more graduate-level degree programs. 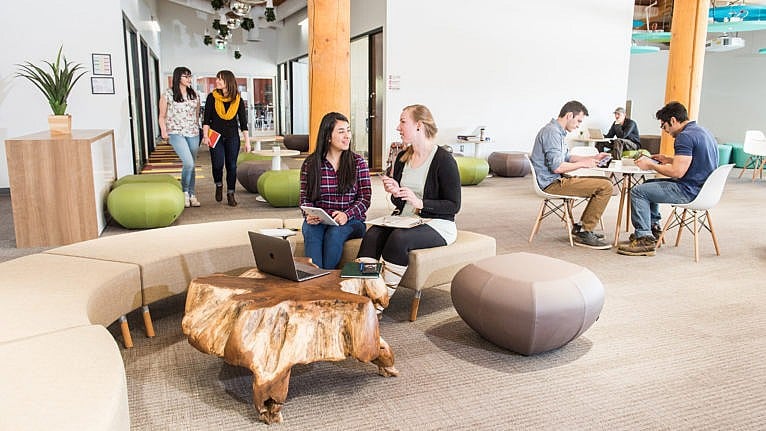 In May 2020, Yukon College officially transitioned to become Yukon University—the first university in the Canadian territories. YukonU uses its location to its advantage, applying northern expertise to examine and solve issues pertaining to the North. Encompassing 13 campuses, YukonU offers six undergraduate degree programs, along with two master’s programs. Students can study science, arts, business, education and social work, including the first made-in-the-Yukon degree: a bachelor of arts in Indigenous governance, developed in collaboration with 14 Yukon First Nations. The school is also developing a new B.A. in northern studies slated to launch this year.

As a hybrid institution, YukonU will continue to offer certificates, diplomas, university preparation, skilled trades training and applied research opportunities along with its degree programs. Its Yukon Research Centre, equipped with a lab that features a growth chamber and an atomic absorption spectrometer, conducts research in mine reclamation, cold climate construction, climate change, community health and economic diversification.

The school’s main Ayamdigut campus in Whitehorse, which sits on a bluff overlooking the Yukon River valley, offers single and apartment-style residences. Tuition (including mandatory fees) for an undergraduate program costs $5,021.