Where to find the best cheap lunch and more 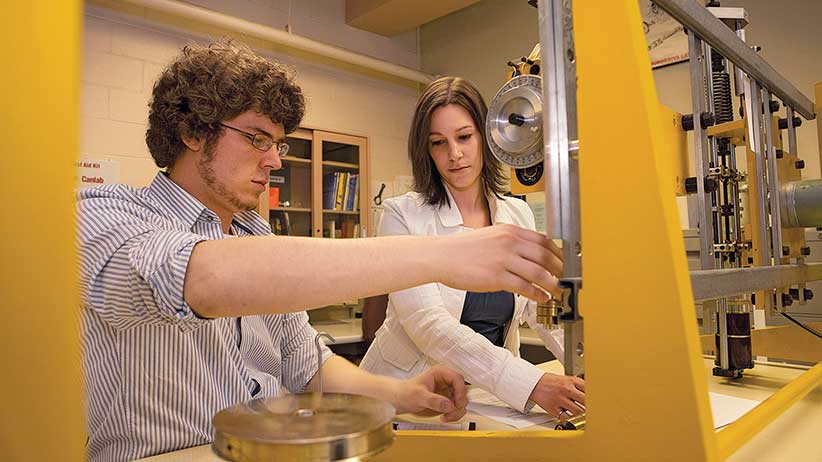 Unofficial school motto: ‘Worry pas ta brain.’ Often used by young Acadians from Moncton, it’s in the local French-English dialect called Chiac, and it shows off the city’s carefree vibe.
Weirdest tradition: Every December, members of the engineers’ choir put on Santa suits, get drunk at 10 a.m. and go around campus singing Christmas carols
Best place to study: Clémentine Café-Deli, if you don’t mind a little chatter during busy times. For quiet, try the law school library.
Best campus events: The university’s Acadian roots are often celebrated
Best cheap lunch: The occasional chapati vendor in the Student Centre
Best giveaway: The campus church serves free stew and sandwiches during exams
Best place to make out: The library
Best place for a nap: The mattress in the radio station’s studios (don’t tell anyone)
Best microbrewery: The new student bar has a brewery attached to it, Acadie-Broue. You can see the brewing process through a window behind the bar.
Best live music venue: The Tide & Boar on Main Street
Favourite watering hole: Laundromat Espresso Bar­—arguably the best selection of drinks in town, and most beers on tap are locally made
Best hangover breakfast: A big, greasy breakfast special at Hynes Restaurant
Perks of living in this town: Well, you’re in the Maritimes, so there’s the cheap seafood and nearby beaches 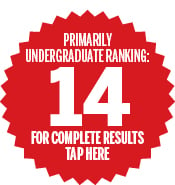 Nestled atop a hill in the Sunny Brae neighbourhood of Moncton, this French-speaking university is the centrepiece of Acadian higher education. It is one of the greatest accomplishments of New Brunswick’s largest minority population.

Because the Université de Moncton has a relatively small student population of about 5,000, it is particularly friendly, and you feel like more than a number. People are eager to meet newcomers, and the professors are sensitive to the students’ individual needs due to the excellent student-faculty ratio. Classes with fewer than 10 students are not uncommon­­—that’s a big advantage for those who go the extra mile and really involve themselves in their education.
Worried about not being able to get by in French? The university offers plenty of immersion opportunities for second-language learners, with a specially tailored program for anglophones. For those who want to prepare for the experience beforehand, the university offers summer immersion programs to help smooth the transition into a completely French-speaking environment.

Today, due to its ever-shrinking recruitment base, the university is constantly renewing and diversifying itself. The international component is rapidly growing; in fact, close to 20 per cent of the student population comes from abroad. I’ve actually met a few international students who keep coming back to the area after their studies are finished because of the community’s welcoming vibe.

Extras
From sports to parties to concerts, there are plenty of activities for those who need a break from books. My own experiences at the campus newspaper (Le Front) and radio station (CKUM-FM) have been very rewarding. I have learned so many skills I probably couldn’t have in a larger campus, where all the good scoops and radio time slots are filled by more experienced colleagues.

Local Vibe
Moncton is an easygoing town. Those who aren’t quite cut out for the noise and high-speed pace of larger cities will be at home here. The people are friendly and welcoming, and despite Moncton’s small population (about 70,000), there’s always something going on. What’s more, it’s one of Canada’s least expensive cities to live in. The campus is a stroll away from downtown, which boasts some cool bars and performance venues. Moncton also has a growing local food movement and a selection of farmers’ markets open on weekends. The city also derives a unique, vibrant flavour from its Acadians, who make up about one-third of the population.

The Skinny
For on-campus events, the student federation’s calendar (feecum.ca) has a pretty comprehensive list, and the student newspaper (LeFront.ca) covers student life. Most clubs have their own Facebook page.