An insider's guide to the best place for a nap, cheap lunch and more 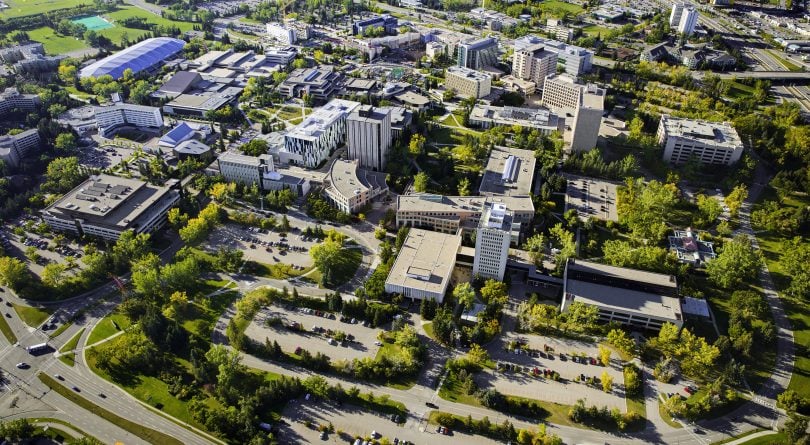 Best place to live:
Kensington. It’s a short train or bus ride to campus, has a ton of trendy coffee shops and bars, and is one of Calgary’s liveliest communities.
Best place for a nap:
The third floor of MacHall, the students’ centre, has a ton of couches that are just comfy enough for a nap
Best cheap lunch:
The $3.40 special from Oriental Wok is the best combination of cheap and substantial on campus
Best hangover breakfast:
If you can drag yourself downtown, nothing beats the OEB Breakfast Co.
Best bar for hanging out:
On campus: The Den. Off-campus: Nowhere beats Broken City, which does the best weekly comedy, trivia and karaoke nights in town.
Best food on campus:
The beef satay Vietnamese sub from Bake Chef is worth every penny
Best place to study:
In your home. Failing that, the Gallagher Library.
Weirdest tradition:
The engineers have a ton of obnoxious traditions. I’d list them, but the engineers will certainly make a point of telling you about their many antics as soon as you meet one in the flesh.
Best campus event:
The Crowchild Classic hockey games. Each year, the men’s and women’s hockey teams have a cross-town match with the (clearly inferior) Mount Royal University at the Saddledome.
Best giveaway:
Anything you can get your hands on during Orientation Week or Clubs Week. Tip: No one’s going to check to make sure you’re a first-year student.

The University of Calgary is relatively young, having only celebrated its 50th birthday in 2016. As such, it lacks the beautiful architecture and well-established campus culture of older universities. But the school is improving on both fronts. Its new buildings eschew the brutalism that characterizes much of the rest of campus and students are attending events more frequently. But it’s still definitely a commuter campus, with the majority of students living off-site.

The university certainly has a focus on the oil and gas sector—particularly within the school of engineering—but it’s far from the school’s only noteworthy academic specialty. The faculty of kinesiology is one of the top-ranked sports sciences school in North America, having struck partnerships with the National Football League and other organizations. The university also has a significant focus on research, with plenty of opportunities for students to start their own in any field.

Classes will feel overwhelmingly large in your first year, but you’ll have the opportunity to connect with professors in smaller settings as you progress through your degree.

The school has high-quality recreation facilities, including the Olympic Oval built for the 1988 Calgary Winter Olympics. (It has been maintained in a pristine state since.) The Dinos basketball and football teams are consistently among the country’s best; games are free to attend. And though the University of Calgary doesn’t have a party culture, there is Bermuda Shorts Day, a last-day-of-classes event that just about the whole campus gets rowdy for.

After Class
There are more than 300 clubs on campus focused on everything from Dungeons and Dragons to swing dancing to building electric race cars to playing in a drum circle. The university is very proud of the Hunter Hub, a space providing the resources and guidance for students to start their own businesses.

Local Vibe
Winter in Calgary can be soul-crushing, but at least you’re not in Edmonton. Plus, the city’s proximity to the Rocky Mountains creates a weather phenomenon known as Chinooks, offering unseasonably warm periods throughout the winter. Culture-wise, Calgary has an underrated live music scene, with great festivals year round, though the Sled Island and Calgary Folk music festivals in the summer are the best. Both the Beltline and Kensington neighbourhoods are quick trips on transit from campus and offer the city’s best restaurants, bars and shops. Calgary’s green spaces also deserve a special mention, with parks like Prince’s Island and Nose Hill making for beautiful excursions on a nice day.

More Info
The Gauntlet (TheGauntlet.ca) is indispensable, covering campus news, arts and sports from a hyperlocal angle both online and in a monthly magazine. Plus, the staff are always keen to teach students how to write for the newspaper.