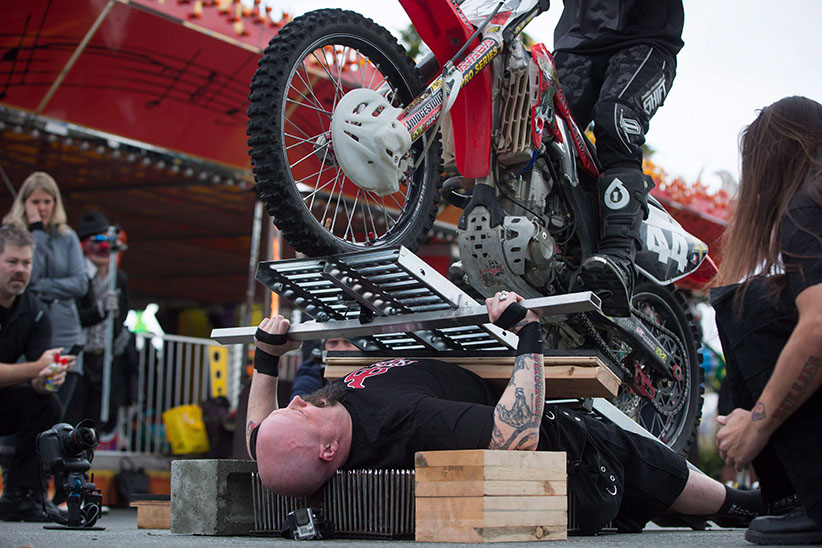 Professor Jason Thomas, a sessional physics instructor who doubles as the Great Orbax, holds 22 Guinness World Records for odd stunts, such as having a motorcycle drive over him while he lies on a bed of nails. (DARRYL DYCK/CP)

The Great Orbax (Jason Thomas): Even to students, the University of Guelph physics instructor goes only by his stage name. As a Ph.D. student, Orbax became a daredevil performer, though his act is as much comedy as it is crazy stunts. But there’s no shortage of those—Orbax has smashed 24 world records, with another on the way: “Most animal traps released on a body in a minute,” says the 39-year-old. He’s also got the record for “most motorcycles driven over a human body while lying on a bed of nails in two minutes” and “heaviest truck pulled from flesh hooks in the back.” The show is also a family business—his brother holds the record for “most mousetraps released on a tongue in a minute.” (If you must know, it’s 58.)