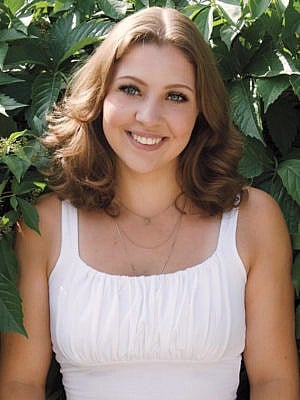 Why did you choose the University of Manitoba?
I’m from Thompson, Man., which is eight hours north of Winnipeg, and my family wanted me to stay in the province for school. The U of M has a good reputation for science programs, and I had also heard great things about residence life at the university.

Describe some of your best experiences so far.
Some of the best experiences that I’ve had have happened in student clubs and associations on campus. Currently, I’m the vice-president of student life at the U of M’s student union. Through my work with the Science Students’ Association, I’ve organized and attended many academic events including LabTrek, an open house for students interested in exploring careers in science, and the faculty of science orientation.

Are you involved in extracurricular activities?
In addition to the Science Students’ Association and the student union, I have been on student residence councils and have worked with a feminist club called Justice for Women Manitoba as executive assistant and as a consent culture workshop facilitator.

What do you think of your professors?
Most of the professors whose courses I’ve taken at the U of M are good. Although I am a science student, I have also taken some courses in the faculty of arts. In general, I’ve found that arts profs tend to be more flexible with deadlines.

What do you think of the school’s administration?
Sometimes the school’s registration program can feel outdated and can be difficult to use. You need multiple accounts on different websites to be registered as a student at U of M, but in general the system is easy to get used to. Sometimes it’s hard to get through to the Registrar’s Office—especially on busy days—but that is likely the case at any university.

What is off-campus life like in Winnipeg?
The city itself wasn’t a place I instantly fell in love with, but it definitely grows on you. Winnipeg is a cultural city with tons of things happening year-round. In the summer, there’s the Winnipeg Folk Festival; in the winter, we have Festival du Voyageur. There’s also Folklorama, which celebrates the city’s multiculturalism with different pavilions all over the city. We also have many museums and galleries, including the Manitoba Museum, the Winnipeg Art Gallery and the Canadian Museum for Human Rights. The Forks National Historic Site in the heart of the city hosts year-round outdoor activities.

Best place to live: Osborne Village
Best places to study: The top floors of the Science and Technology Library
Best campus events: Frosh Fest, the Catalina Wine Mixer and any of the campus Halloween socials
Weirdest tradition: Eat Yer Hat social hosted by the agricultural students. You’re given a straw hat when you arrive, and everyone goes around biting chunks out of each other’s hats.
Best campus food: Degree’s Diner
Best cheap lunch: St. Paul’s College cafeteria
Best pizza: A Little Pizza Heaven. Their original location is open until 4 a.m.
Best place for a fancy dinner: Hy’s Winnipeg (steakhouse) or Prairie 360
Best giveaway: The student union gives away tons of fun merchandise throughout the year
Best bar for hanging out: Leopold’s Tavern
Best live music venue: Burton Cummings Theatre and the Garrick
Best hangover breakfast: Smitty’s
Best weekend activity: Ice skating on the Assiniboine River Trail or biking in Assiniboine Park
The thing that surprised me most about the school: How many friends I’ve made at the U of M
If I could change one thing about the school: The price of international student tuition