University of Manitoba students can learn survival skills for credit 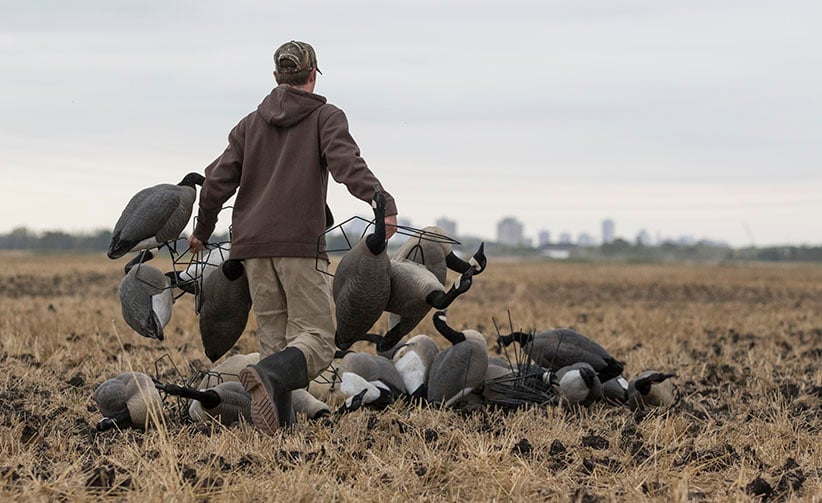 Learning how to shoot a Canada goose out of the sky and prepare the bird for dinner is one of the more unique ways to earn credits at the University of Manitoba. Taking a page from the wild side, the environmental field investigations course requires students to select six activities scattered across Winnipeg’s backcountry. Upwards of 30 workshops are offered per semester, from deer and waterfowl hunting to winter survival training.

“The purpose of the course is to get your hands dirty and feet wet sorta thing,” says course instructor Rick Baydack. “Students have the opportunity to experience the environment in a way they wouldn’t inside a university classroom, and with a different level of intensity.”

In order to enrol in any of the hunting expeditions, hunters have to pass a safety course and buy both a provincial game-bird licence and federal migratory game-bird permit. These papers allow students to continue hunting after the course has ended.

Although it’s an elective, the class mostly attracts undergraduates and post-grads in U of M’s environment, earth and resources faculty—though Baydack says he’s taught students from a variety of backgrounds, including sociology and architecture majors, too. Some students are active hunters and experienced shooters who have their own firearms, while others have never picked up a gun before. It’s one of the reasons why the hunt begins at a gun range south of Winnipeg rather than an open field. There students are trained how to safely and accurately take aim with their shotgun through target practice on clay pigeons.

“I never thought I’d be doing something like this in university,” says Dylan Turchyn, a third-year environmental studies student who was one of a dozen participants who embarked on a waterfowl hunt in September. “There were some conflicting ideas on whether to shoot with one eye closed or both eyes open,” he quips. Hailing from Hadashville, Man.—a rural community 100 km east of Winnipeg—Turchyn is an experienced shooter, but admits it’s hard to beat earning university credits while “carrying on a tradition” deeply rooted in his family. 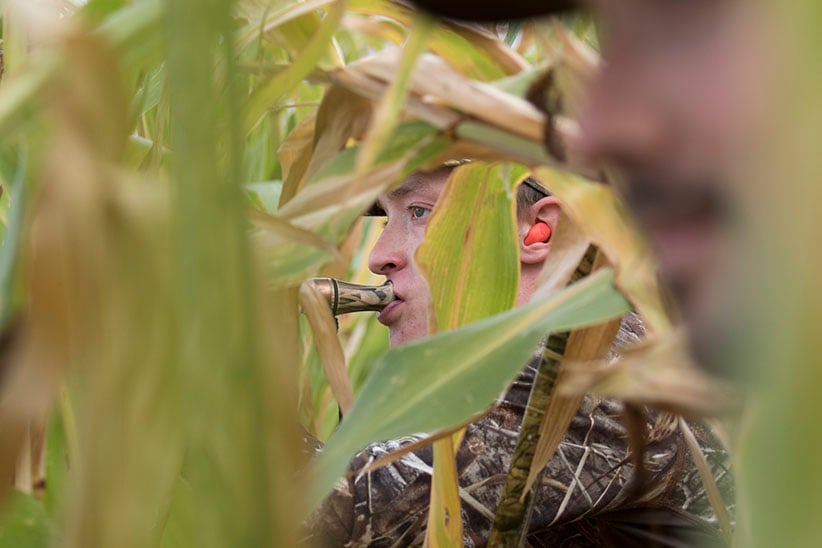 After putting their sharpshooting skills to the test, students split up into groups led by veteran hunters who help them navigate the fields of southwestern Manitoba. There, they set up decoys close to cornfields, climb into camouflaged blinds and perform goose calls as they wait for their fine-feathered prey to arrive. One of the students hunkering down, environmental studies undergrad Taylor Toffan, 20, bagged three Canada geese with a Winchester semi-automatic 12-gauge in one day. “Geese are pretty smart and see really well. You can’t move an inch when they fly in,” she says. “The flock was probably 20 to 30 yards away and our mentor was whispering, ‘Wait, wait, don’t do it yet, don’t move,’ then ‘Take them!’ and then we’d all jump up and shoot.”

The work doesn’t end with a kill. Up next is harvesting, where novice hunters learn how to clean and cook their meat so they can chow down on their hard work.

“We show them how to prepare the bird, from removing the feathers and intestines,” says Baydack. “We’ll have a BBQ which, for many of the students, will mark their first time tasting wild game.” In Toffan’s case, she brought home new goose-cleaning techniques to her father. “To expose the breast, our mentors taught us you only need to rip off some of the bird’s feathers,” she said. “Then you make a small incision along the front of the goose that doesn’t cut into its muscle.” This approach is “more efficient” compared to her dad’s “old-fashioned” style of plucking the entire bird first. “His way is messy and it leaves feathers everywhere,” she laughs.

Toffan, who spent her summer working at a wildlife rehabilitation centre and wants a career in wildlife management, emphasizes hunting’s utility as a management tool. “Some people get mad there is a hunting course and ask me how can I love animals, but then kill them,” she says. “I have a profound respect for wildlife. We are not killing for fun, but for food.” Hunting Canada geese serves an ecological purpose, she explains, given the “extreme overabundance” of the birds. Simply put, letting goose numbers go unchecked can threaten the species’ long-term survival. “Everywhere you go you see geese. They love our manicured landscapes,” she says. “But there are implications with goose overpopulation. If there aren’t enough resources, the birds starve, get diseases and the population can crash.”

Baydack, a wildlife biologist with a Ph.D. from Colorado State University, grew up in Manitoba and is a hunter himself. Teaching the course is a “dream come true,” says the professor, particularly when students experience nature hands-on rather than reading about it in a textbook. Some of the most “astonishing” feedback he’s ever received was from vegans and vegetarians. “I remember one case where a student who was vegan didn’t agree with the agricultural production of livestock and that’s why she was refusing to eat meat,” he says. “But when she experienced hunting and this type of harvesting, that was acceptable in her eyes.

“I also had a vegetarian student decide to eat wild duck at the BBQ instead of the vegetarian hot dogs she’d brought.”