University of Ontario Institute of Technology 411 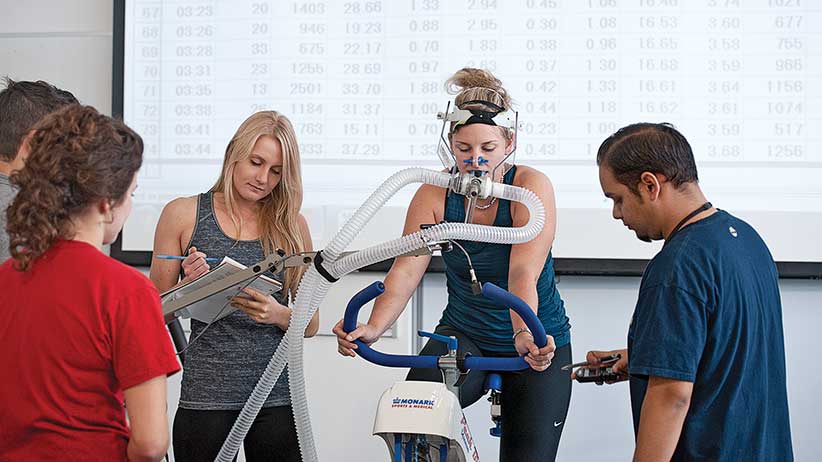 Kinesiology students conduct physio and endurance tests at UOIT in Oshawa, ON. Photograph by Donald Weber

Best place for a nap:
Couches on the second floor of the Charles Street building 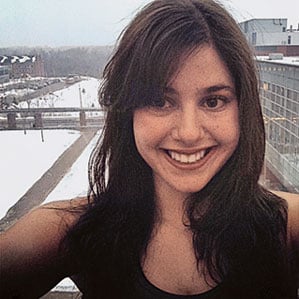 Where to live:
Dalhousie Crescent

Unofficial school motto:
‘For the last time, UOIT, not U of T!’

Best live music venue:
General Motors Centre for big-name performers, but Oshawa has many pubs where you can catch some local talent

Weirdest tradition:
UOIT president donning the T-shirts of every faculty at once at the orientation opening ceremony

“You go to U of T?” That’s a question I often hear. Being not much more than a decade old and located in a city that residents affectionately call “the dirty ’Shwa,” UOIT is a school many people have never heard of, let alone considered applying to. A unique feature at UOIT is its technology-enriched learning environment, which includes a leased laptop, IT services, insurance and program-specific software. UOIT also offers distinctive, top-notch engineering programs, including ones in nuclear, automotive and energy systems, along with forensic science and health physics. 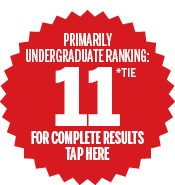 UOIT has been establishing itself less as a source of distinguished alumni and more as a place from which trailblazers are taking off, attracting ambitious students and prominent professors to a university where even the architecture is innovative (think green roofs and geothermal heating and cooling). Within UOIT’s buildings are further marks of innovation, such as a climatic wind tunnel used for testing prototypes in automotive manufacturing—and for the occasional snowman-building bash or tropical crossfit session. At the north and downtown campuses, a sense of community still exists, despite increasingly rapid growth at both.

So, in response to the question above: I go to UOIT, and I am proud of it.

Extras
Despite being regarded mainly as a technology school, UOIT offers more than meets the eye in extracurricular and student-driven groups on campus. From the Aboriginal Student Circle to the Southeast Asian Student Association, diversity is very strong on campus. An interest in philanthropy and human rights is also reflected in activities and fundraising for Amnesty International, Free the Children, UNICEF, and Sirus for Charity. Art-loving students can express themselves through clubs such as the Musicians Club, Anime on Campus and several dance groups. Many students also find camaraderie through their faculty and program-specific societies, as well as their competitive spirit through (usually) friendly inter-faculty competition, especially when it’s engineering versus business.

Local Vibe
Oshawa is shedding its small-town status and becoming known for its cultural diversity. The historical beauty of Parkwood Estate meets the contemporary flair of the Robert McLaughlin Gallery, both a short bus ride away from either of the two campuses. Whether it’s the General Motors Centre for a hockey game or concert, or countless venues downtown for jazz or comedy, there is always a place to be. Even UOIT is a venue, with the Regent Theatre hosting various exciting performances. No hunger craving goes unsatisfied, with a wealth of cuisines, including Italian, Vietnamese, Persian and Polish, as well as an assortment of sushi restaurants and various watering holes throughout the city.

The Skinny
Check out SnapOshawa.com for news of what’s happening in Oshawa.

FILED UNDER: Campus 411s University of Ontario Institute of Technology