Universities need to step up when it comes to Alexander Sodiqov and other unlawfully held scholars, argue four former U of T students 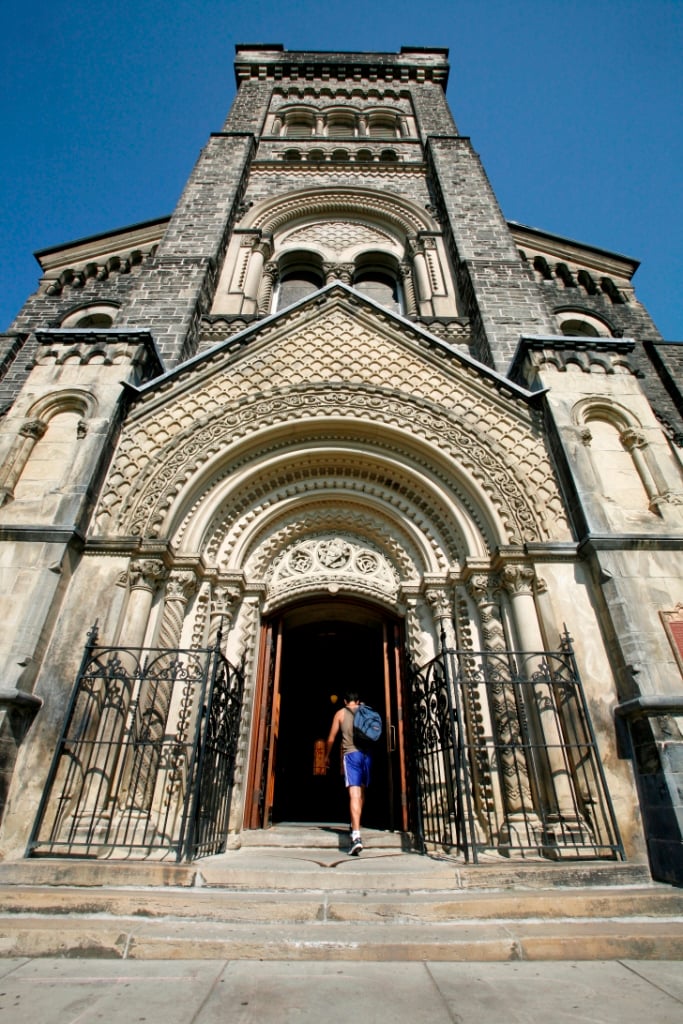 The University of Toronto (Photo by Yvonne Berg)

Alexander Sodiqov is a Ph.D. student at the University of Toronto. He is also a husband and a father. Earlier in the summer, he embarked on a research trip to his native Tajikistan, where he planned to interview several people regarding the government’s treatment of minorities in the province of Badakhshan. But, while conducting his very first interview, Sodiqov was arrested by the Tajik secret police on charges of treason. These trumped-up charges were clearly politically motivated and levied in order to obstruct Sodiqov’s research. Such a move would not be shocking, coming from a Tajik government that is increasingly renowned for its blunt and heavy application of censorship.

The arrest was a clear violation of the freedom accorded to academics—a freedom, in the world of academia, that is every bit as sacrosanct and important as freedom of the press in nurturing a free and healthy society. Academic integrity is one of the cornerstones of any reputable university. As university students, we are constantly reminded of our commitment to maintaining academic integrity. We cannot use any information gathered by another scholar without giving them full and proper credit. We cannot interview individuals for research projects before clearing our questions with our university ethics review process. A course syllabus often seems to contain as many references to the consequences of plagiarism as it does to the actual content of the course itself.

These stringent standards are maintained in order to preserve the highest standards of academic rigour, honesty, and integrity. They are crucial to the legitimacy of academic research and university institutions. So it came as a surprise when the University of Toronto reacted so timidly to Sodiqov’s questionable arrest.

Sodiqov’s arrest violates the very core of academic integrity that demands that scholars remain free from all intimidation and undue influence. As such, we would have expected the University of Toronto to react strongly to the arrest, demanding Sodiqov be released immediately and working to mobilize a large public campaign to apply significant pressure on the Tajik authorities. This was not the case.

The first few weeks of the arrest saw a timid and confusing response. Two days after Sodiqov was arrested, the university released a short and softly worded statement encouraging “authorities in Tajikistan to ensure full protection of [Sodiqov’s] rights.” Five days later, reacting to pressure applied by students and faculty, the university released a “stronger” statement. In it, they passed the proverbial buck in highlighting that Sodiqov’s summer project was under contract with the University of Exeter in the United Kingdom. Other Ph.D. students who had considered pursuing field work in China and India expressed their doubts, fearing a lack of institutional support, should they find themselves in trouble abroad.

Concerned by the lack of an immediate response to Sodiqov’s situation, we contacted several other leading universities in Canada and around the world, from McGill to Oxford to Harvard, to discover their protocol on dealing with the foreign detention of academics. Of all the universities we contacted, none was able to give us a clear answer. Some universities led us in circles, referring us to one department after another for a response. Other universities gave us a vague response about “general guidelines” and refused to provide any further specificity.

After weeks of searching in vain for any protocol on foreign detentions from any university, we came to a startling realization: These universities seem to lack a clear or accessible protocol to secure the freedom of unlawfully held scholars. It seemed incredible that they would have failed to implement clear directives concerning institutional responses to significant threats to academic integrity. This is especially problematic, considering the importance they place on academic freedom.

What Sodiqov’s arrest has highlighted is a need by universities to develop clear and coherent protocols. When a scholar is arrested in another country on dubious grounds, the university should set in motion a series of actions that will help secure a speedy release. Not only will such a protocol underline a university’s duty to academic freedom and integrity, it will also provide greater accountability by having a set standard by which a university’s response (or lack thereof) can be measured.

In an increasingly globalized world, research is being conducted in a wide variety of geographic areas. The areas of particular academic concern are often the least friendly to prying eyes and critical analysis. This intimidation should not be allowed to serve as a barrier to academic research, and universities should stand vehemently behind those who choose to conduct work in unstable regions. Some of us are able to conduct our research from the safety of our offices or homes, but others should not be abandoned or penalized for choosing to conduct riskier research in the field.

The recent arrest of three Al Jazeera journalists provides an excellent example of how institutions should behave. In this case, three journalists were arrested and convicted on trumped-up charges of treason, just as Sodiqov was. Al Jazeera responded immediately by starting a massive campaign to secure the freedom of their journalists. They sent a legal team to meet with Egyptian officials, solicited the support of free-journalism activists, and engaged social media through the #FreeAJStaff campaign. Their concerted efforts were guided by the duty to protect the principle of freedom of the press.

We need our universities to do the same. Academic integrity is an integral component of any institution of higher learning and must be zealously defended. The arrest of Sodiqov in Tajikistan has revealed a gaping hole in institutional support for detained academics. Sodiqov’s fellow colleagues have attempted to follow the path that Al Jazeera had treaded, but the university administration continued to showcase a lacklustre response. We also need the Canadian government to establish a clear stance concerning the support of academics and journalists who are arrested abroad. In Alexander’s case, the government remained silent because he was not a Canadian citizen. Yet what justification can they offer for their silence about the Al Jazeera journalists, one of whom held Canadian citizenship? Our society rightly emphasizes the importance of freedom of speech and the press; our government and our universities should certainly be engaged in its defence when it sees a violation of the principle.

Refusal to engage with cases such as Sodiqov’s in a substantive and committed manner severely undercuts the notion of “academic integrity,” reducing it to the status of a convenient buzzword rather than a guiding principle of the university.

FILED UNDER: University of Toronto