What punishment for plagiarism?

Enforcement of the rules should be strict but not so harsh as many fear. 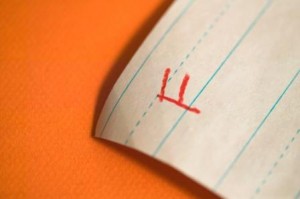 A little while ago, I expressed interest in the position of President of King’s College in Halifax. Sadly–perhaps they were reading this blog– they expressed no interest in me. But if I had become President there, one of the first things I would have done is have a good look at the plagiarism policy.

Recently King’s came under fire for its handling of  widespread plagiarism in its Foundation Year Programme, whereby some students were punished only with reduced grades on their papers. Obviously, King’s doesn’t want my advice, but it raises a question that is often overlooked in discussions of plagiarism at universities. What should the punishments be?

In the popular imagination, plagiarism carries exceedingly heavy penalties, often expulsion and perhaps some kind of public shaming ritual. In reality, punishments are usually much lighter. Indeed, in over 20 years studying and working at universities, I have never known a single student who was expelled for plagiarism. It might happen, but not often.

In fact, many professors are reluctant to pursue charges of plagiarism at all, either because they fear the student will be punished too harshly, or they think the charge will lead to a long bureaucratic  and legal rigamarole  that just isn’t worth it. Having a clear and reasonable punishment policy would help in this regard.

So where is the right balance? Somewhere between nothing and expulsion. Let’s consider this in a little more detail.

It seems clear to me that simply having a student rewrite the paper is grossly insufficient. There’s an old joke to the effect that a man who steals a horse cannot be found “not guilty provided he returns the horse.” Why not? Because whether he makes amends or not, a crime has still been committed. With plagiarism, the violation of the rules itself must be addressed, not just the result of the violation.

Similarly, only deducting marks is not strong enough, either, because it fails to recognize the seriousness of the offense. For reasons that I have addressed elsewhere, plagiarism is not simply a matter of misunderstanding an arbitrary convention. It runs contrary to the whole process of higher education. Consequently, plagiarism cannot be treated in the same way as one treats margins that are too wide or a font that is the wrong size or a sentence that runs on.

Minimally then, a plagiarized assignment should receive a grade of zero, recognizing that the student has violated a basic principle of academic discourse. Such a punishment seems fair for a first offense. It sends a clear message, but it does not unreasonably hobble a student who has learned the lesson. But if we are counting offenses, cases of plagiarism must be reported to the administration which must, in turn, keep track of how many offenses a student has committed.

For a second offense, a student should get a zero in the course in question. This punishment is in line with simple justice: a second offense is worthy of a harsher punishment than the first because the offender should have known better and should have reformed after the first time. The university should also consider including a notation on the student’s transcript to the effect that the grade of zero was given for academic dishonesty. Such a notation would serve as fair warning to any potential graduate or professional program that the student has refused to play by the rules on more than one occasion.

A third offense should result in some kind of suspension or expulsion from the university. The penalty would serve as a deterrent to students who might adopt cheating as a general strategy, would assure that wider community that the university values academic integrity, and would remove chronic offenders (who take up valuable time from teachers and staff) from the system. The suspension or expulsion for academic dishonesty should be noted on the transcript as well.

I have a feeling that most students would see such a regime as fair and reasonable. As I mentioned above, I suspect that most students think the policies are already harsher than this. My own august institution has something like this now (partly because I helped draft the policy).

As for faculty, they are responsible for ensuring that plagiarism has been fully explained to their students. A boilerplate reference to the academic calendar is not enough. Similarly, faculty must agree to take their university’s policies seriously, particularly when it comes to reporting infractions. Failure to report plagiarism means that a student can offend multiple times without facing serious consequences. Professors may feel they are being generous to the student, but such favours to individuals come at the cost of the integrity of the entire institution and thus to the whole student body. I have heard more than one faculty member say, “I didn’t become a professor to be the plagiarism police.” Well, actually, you did.

Administrations bear some responsibility, too. To be fair, they must have a clear and accessible route for students to appeal if they feel the charge of plagiarism was unwarranted. At the same time, administrators must ensure that all faculty understand the policy and remind them that following academic policy is a responsibility of their employment. Faculty who overlook plagiarism should be disciplined just as surely as if they never showed up to class. At the same time, universities should assure faculty members that they will have the full support of the administration when they do report academic dishonesty in the unlikely event of a lawsuit. Anything less, and faculty members may worry that they will be on the hook for legal costs should the case end up in court.

No university can be credible without a commitment to academic integrity, and dealing with plagiarism is central to that commitment. It begins with a fair policy conscientiously enforced.