When health meets geography, difficult truths come to the fore

The new field of health geography explores the connection between wellness and environment, and leads to some sobering truths 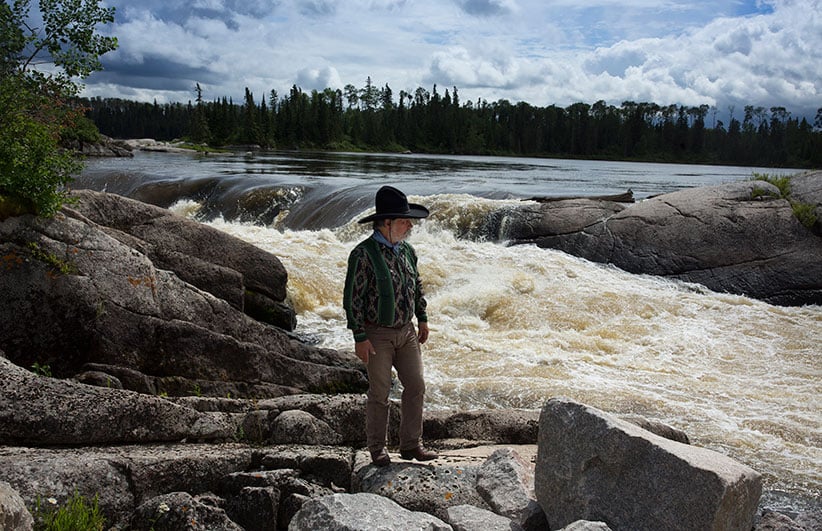 As the daughter of a Anishinaabe mother from northern Ontario and a white father from Newfoundland, Chantelle Richmond witnessed first-hand the complicated reality of identity politics in the 1980s.

The Indian Act dictated that if an Aboriginal woman married a non-Aboriginal man, she lost her status—and the right to live on reserve. So when Richmond’s parents moved north, they couldn’t live on the Pic River First Nation reserve. Instead, the family lived in Marathon, Ont., 25 km away. “My mom held a lot of resentment about how people in her community deflected colonialism on her,” says Richmond.

Still, some of Richmond’s fondest memories came from visiting Pic River. Over the years, though, she noticed high rates of obesity and ongoing water-quality problems affecting her community’s health. After a giant spill from a nearby gold mine, Richmond started to think about the link between drinking water and health. Those experiences inspired her quest to explain how place affects health.

Richmond discovered health geography during her undergraduate degree in geography at McMaster University in Hamilton. As her classes explored environmental effects on marginalized communities in the United States, much of what Richmond had witnessed in her own backyard was being ignored. “As an Indigenous person, I was intimately familiar with environmental contamination because of my own community’s experience,” she says. “But this was something Canadians were only just beginning to talk about and realize the terrible injustice.”

As part of her thesis in her final year, Richmond reviewed Health Canada reports looking at mercury contamination in the northern Ontario community of Grassy Narrows. Richmond took the data and mapped it out over time, looking for patterns. While the reports said contamination was decreasing, her mapping demonstrated persistence at the individual level: mercury contamination was still affecting the health of community members. She realized that when a food source is taken away—in this case, clean water—the health and social structure of the community changes. Understanding that connection hooked Richmond, now an associate professor with the department of geography at Western University, on the field of health geography.

Richmond takes pride in the work she’s doing and sees potential for great impact. “It’s fascinating because geography was previously a very colonial discipline, naming places and drawing maps,” she says. “Now Indigenous geography is really about reclaiming and making our own maps.”

It’s a relatively new field, dating back to the 1980s. Previously, researchers were considered medical geographers, focusing on quantitative methods and mapping the spread of diseases. Health geography expanded with the World Health Organization’s 1984 definition of health, which came to include the environment.

Courses now look at how space, place and environment affect health and well-being. (Here, environment can refer to the earliest inhabited space—the womb—or larger social spaces, such as the workplace.)

Health geography is usually paired with the burgeoning field of geomatics, which merges maps with statistical analysis and database technology. The skills acquired in a geomatics program can be applied to work in business, government, environmental agencies and urban planning.

While you can find health geography in most universities, subdivisions, such as Indigenous health geography, aren’t common. Richmond is part of a small group of researchers specializing in that area. Her work explores how environmental and political events have dislocated Indigenous people from their traditional territories—for instance, through water contamination or construction of a pipeline.

Students find work in academia, in research-based government jobs such as at Cancer Care Ontario, and at Aboriginal community centres. Improving community health is just one way geography has evolved. Other health geographers tackle the effects of air pollution, as well as food security and the environment.