Check out five post-secondary options on the East Coast 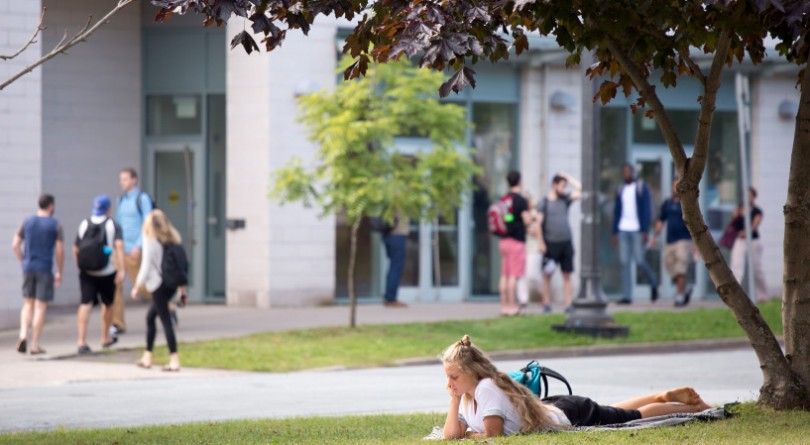 “The Dal Student Union runs plenty of events and initiatives for students. There are also many faculty and society (a.k.a. club) events. Most nights there’s at least one thing going on, from workshops to guest lectures and film screenings. Guest lectures may sound boring, but the speakers are always distinguished and talk about interesting topics. Give them a try, because you will be pleasantly surprised.
Dalhousie’s student body is a mix of Nova Scotia residents and people from across Canada. Quite a few people come to Dal from Ontario and Alberta. There are also plenty of international students.” – University Insider Lexi Kuo

“The University of King’s College is a humble campus taking up about five acres of land on Dalhousie University’s Studley campus in Halifax, N.S. A handful of stone buildings placed end-to-end form the perimeter of the inner quad and also serve as the physical boundaries of “the King’s Bubble.”
The school is among the oldest colleges in Canada, and is often underestimated as just a liberal arts college tucked into the corner of the much larger Dalhousie campus. But the thriving off-beat community here is vibrant. By the time you’ve completed your foundation year program you’ll have waxed poetic about the ancient world, the contemporary world and everything in between. You won’t be able to help yourself from raising these topics whenever you leave the bubble.” – University Insider Kaila Jefferd Moore

“On the Bedford Highway, across from the shipyard, there is a university that rightfully calls itself a “small wonder.” Initially, I was drawn to the Mount because of its close-knit community and small class sizes. During high school recruitment, while other universities were promoting themselves by stating how large their numbers were, the Mount was taking a different approach: they promoted their smallness.
The reasonable class sizes are a huge benefit of attending the Mount: 48 per cent of first-year classes have 30 to 60 students and the rest have fewer than 30 students, with the number of students per class only getting smaller as you get into upper-year courses. I once had a fourth-year theory course with only four students. This allows ample opportunity for debate and discussion.” – University Insider Katelyn O’Brien

“Students have all sorts of reasons for being drawn to NSCAD from across Canada. For me, it was the small but impressive art history program. I started my university career at the University of King’s College before transferring to NSCAD. I felt the school would be better aligned with both my academic and personal interests. It boasts a strong student union (SUNSCAD), diverse groups and a thriving art scene.
Each of NSCAD’s three campuses offers an array of courses and gives students a long list of options. Classes range from Feminist Film to Digital Textiles, to the many courses that are part of the new minor in Indigenous studies. Navigating between the campuses of NSCAD can be overwhelming at first, as they sprawl out across the city. But when you master the city’s tricks and turns, you soon feel part of something exciting and moving. Every day, something different seems to appear on your route or a new shortcut reveals itself to you.” – University Insider Emma Steen

“The red-brick walls of Vanier Residence welcomed me to Saint Mary’s University. I had arrived in Canada three days before from the fiery 35-degree heat of summer in India. In my opinion, the 15-degree Haligonian fall felt biting. I was anxious about what this small school on the east coast of Canada could offer me, but I’ve since had any doubts cleared.
Making another country your home can be daunting, but the close-knit community of 7,100 students made the transition seamless. As a student living in residence, I can get an extra half-hour of sleep before class because it takes just five minutes to get from one end of the one-block campus to the other. The best part is that I don’t even have to go outside! Pedways are a blessing for individuals like me who start wearing their winter jackets in October. All of our buildings, except for three, are interconnected, so I can wear shorts to class in February if I please.” – University Insider Sehmat Kaur Suro