Two post-secondary options in the heart of the Prairies 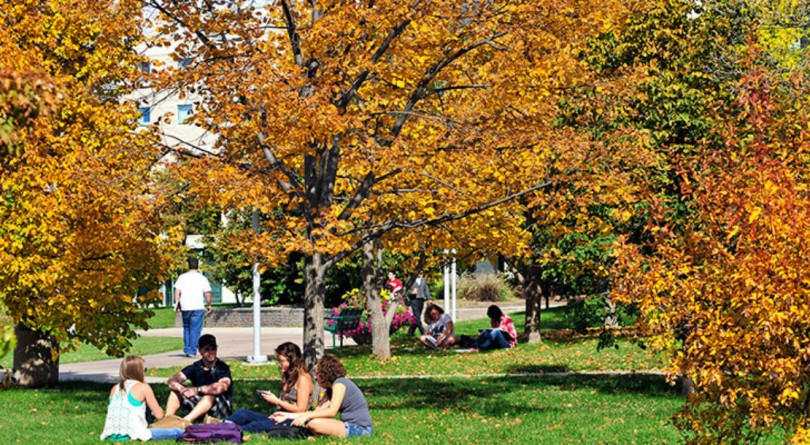 “If the University of Regina was a person, it would seem polite, clean, but a bit dull. But spend a little time together and you’ll discover some unexpected quirks. For one, the fully-fledged French-language university, La Cité, is an unexpected bilingual oasis in this mostly monolingual province. The First Nations University of Canada, glistening against the bald prairie that lies beyond, is the most stunning piece of architecture on campus—except maybe the university’s million-dollar entrance sign. The controversy over that sign motivated otherwise lethargic students.” – University Insider Caitlin Taylor

“The U of S is as diverse as the students that attend it. Although the university sometimes struggles to accommodate this diversity, there’s space for everyone if you look hard enough. U of S boasts over 130 campus clubs, ranging from the Nifty Knitters to intramural dodgeball to a club devoted to raising cacti. Situated on Treaty Six territory and the homeland of the Metis, it’s worth noting that U of S has made serious strides toward Indigenous engagement. These include the completion of the Gordon Oakes Red Bear Student Centre, a gathering place designed to better serve the needs of First Nations, Metis and Inuit students.” – University Insider Emily Klatt

MORE ABOUT UNIVERSITY OF SASKATCHEWAN: