York University: The student who struck out twice

As the school's labour disruption sets a new record, one student is particularly pained 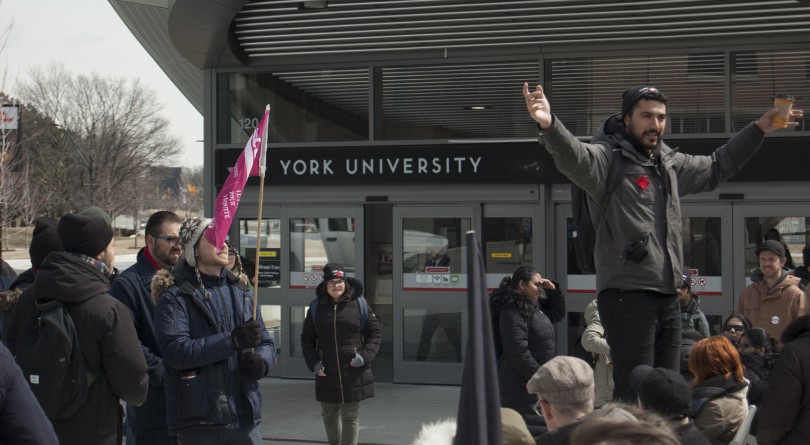 A student who dropped out of Seneca College because of a five-week strike decided to get a fresh start at university—only to wind up stuck in the middle of York’s protracted labour dispute. “As you can imagine, I was pretty pissed,” Hassan Fakih says.

Fakih was studying fitness and health promotion at Seneca last fall when an Ontario-wide strike put 12,000 professors and other staff on the picket line. During the college strike, Hassan found himself waiting at home for news, feeling ill-informed by his school. Frustrated, he withdrew from Seneca when the faculty was legislated back to work in November 2017.

“I dropped out first day [back] because I didn’t want to deal with it,” Fakih said. “I didn’t really want to study a month and a half to two months worth of science in three weeks. I didn’t want to take the risk of failing.”

Roughly 27,500 of the province’s 500,000 college students opted to not return to school and instead received a tuition refund. Shortly after dropping out of Seneca, Fakih applied online to York University and transferred into the business program.

MORE: York University on Strike: Why it keeps happening again and again

But faculty at the university went on strike March 5, affecting 51,000 students. That strike—the second at York within three years—on May 30 became the longest at an English-language university (the university also holds the previous record, set with an 85 day strike in 2009). Ontario’s Liberal government attempted to introduce back-to-work legislation in early May but it died with the start of the provincial election. “To be honest, it’s pretty BS going from a strike to another strike,” Fakih said. “I didn’t think it was going to last too long, but here we are.”

The “TCO” can be used toward any future course, but provides no benefit for students transferring out—or graduating. Students can also apply for up to $1,500 if they have endured financial hardship.

The Canadian Union of Public Employees local 3903, which represents contract faculty, teaching assistants, graduate assistants and more, wants higher wages for its members and more job security, among other things.

Jonathan Pereira is a journalism student at Centennial College.