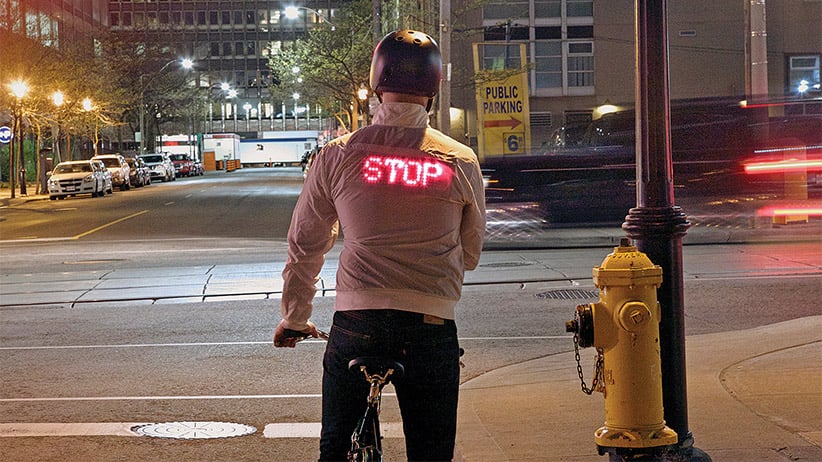 While American companies are launching fitness-tracking bracelets every few months, young Canadians are bringing wearable technology into emergency rooms and video games through complex coding and creative 3-D printing. “There’s a lot of emerging opportunities in the field,” says Kate Hartman, director of the Social Body Lab at OCAD University.

In a single day of classes, students at the OCADU lab might be handling circuits and motors to understand how computers work, reading books about how technology can improve society and using a laser or 3-D printer to make a physical prototype.

Thanks to decreasing production costs, Hartman sees the industry moving toward individually tailored medical and mobility aids. They can “work on that much smaller scale, and design some things specifically for one person and their abilities,” she says.

Wearables are emerging from universities without specific courses. “We don’t have a program called ‘wearable tech,’ ” says Concordia University’s Joanna Berzowska, associate professor of design and computation arts. “But students work with wearable technology, producing projects that are aesthetically interesting and technically accomplished,” she says.

Berzowska is part of Montreal’s pioneering efforts in clothing-based technology through OMsignal, a company that has hired graduate students to help design a biometric-sensing shirt for Ralph Lauren.

Her undergraduates have also studied human-generated power by designing “sprung-block” platform shoes that contain a specially designed battery that stores power from walking.

In Toronto, a University of Toronto electrical and computer-engineering project spawned the Nymi Band, a bracelet that measures heartbeat rhythms, which MasterCard is testing for payment verifications. Outside of academia, the Muse headband tracks brainwaves and concentration, and connects to a smartphone app that suggests music choices and optimal meditation times.

On the West Coast, mechatronics systems engineering students at Simon Fraser University’s Technology Entrepreneurship centre are working on a hockey-metric tracking system through a bracelet that measures players’ shots.

Canadian start-ups are going beyond the fitness-gadget craze and “finding the unique problems that we want to solve,” says Tom Emrich, a wearable technology expert based in San Francisco.

Adrian Straka, hardware and manufacturing director for Myant in Toronto, which has created reflective athletic clothing with embedded lights, says a recent grad should expect to make between $50,000 and $60,000 if they join a start-up that has secured investor funding, while a newer start-up might offer $40,000 to $45,000 with an equity stake. “To be hired, you really have to have experience, through a co-op or internship. Even being part of a team that makes a solar car will make you more attractive,” he says. “Wearables let you investigate new worlds. I wake up every day thinking of what’s possible.”