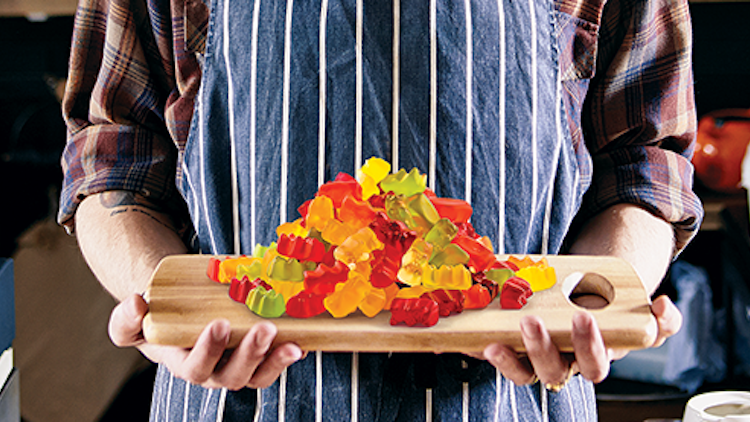 Because I’m a super-busy guy and we live in a fast-paced world, I was standing by the toaster the other day, reading the plastic wrapper around my loaf of bread. This is a normal thing that non-crazy people do, so shut up. Anyway, near the bottom of the package, there was a little graphic of a warm loaf being removed from a stone oven on a wooden paddle. Above, there were two words: Artisan Inspired.

Let that sink in for a moment: Artisan Inspired.

To sum up, my bread was not actually “artisanal,” as we understand the word. It was produced, packaged and distributed in abundant quantities by a national food processor. However, artisanal bread is popular and delicious. It therefore follows that this superior product would “inspire” the people who work at a national bread company, in this case, to put the word “artisan” on their wrapper.

I, for one, can see this catching on. We’re at most a few months away from being able to enjoy a cold glass of “artisan-inspired” milk, produced in large batches by high-efficiency milking machines that are programmed to think they’re old-time dairy farmers.

But let’s not pigeonhole our corporations into being inspired only by artisans. Food products can also benefit from other highly dubious connections. Just a few examples:

Heirloom-inspired gummy bears. Finally, a snack worthy of being served to a fancy lady wearing a monocle. Hands off, kid: These gummies are for when company comes over.

Democracy-inspired Spam. Because freedom’s just another word for a canned, precooked meat product.

Mandela-inspired M&Ms. Let the packaging tell the story: “Chocolate, peanuts, pretzels, almonds?.?.?.?While brainstorming what next to cram inside our iconic candy shell, one member of our creative team thought briefly of Nelson Mandela’s heroic struggle. We’re pretty sure it was Dave—he watches the news. At trivia, Dave was the only one who knew that Syria is a country and not Tom Cruise’s kid. Anyway, the point is, maybe 20 minutes after thinking about the South African leader’s unimaginable ordeal, Dave was outside having a smoke and he was like: ‘Boom, marshmallow.’ Enjoy these Mandela-inspired Marshmallow M&Ms.”

Aside: If ever I won political office, my first order of business—after the mass detention of my enemies—would be to introduce legislation governing use of the word “Improved!” on food packaging. (You’ve had eight years, Harper, and you haven’t got it done.)

Food companies seeking to describe their products as “improved” would be obliged to:

This last one is important. At the place where I shop, I recently came across a bag of unsalted natural almonds that featured a big red starburst and the word “Improved!” I’m calling that bluff: How did you improve almonds? Was it the way you didn’t do anything to them?

Anyway, where was I? Right, “artisan.” It’s a great marketing word, but we don’t want to overuse it. So let’s create a few more and spread it out a little:

Future Vintage. Some people will pay a hefty premium for vintage products. Why make them wait? Everything produced today will eventually qualify as vintage, so I say overcharge them now. Warning: Hipsters will shorten “future vintage” to “fintage,” because that’s just like them. Dude, check out my fintage horn rims!

“All natural.” The quotes mean “not really.”

Organish. Over the past several years, grocery stores have started stocking more organic foodstuffs, which is great because a) they’re really expensive, and b) they remind us that everything else we eat is coated in enough chemical residue to alter the very composition of our genome. Luckily, there’s a middle ground for budget-conscious consumers. Our new line of “organish” food still has all the harmful pesticides—the difference is, we feel bad about selling it to you.