“The cost of food has risen, but my pension hasn’t” 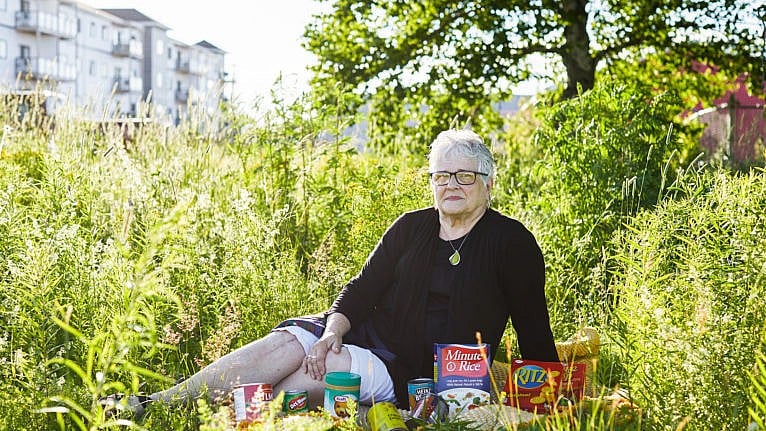 With the rising costs of nearly everything, Canadians are particularly feeling the pinch when it comes to rising food costs across the country, further fuelling a food insecurity crisis being experienced by many throughout the nation. Here, Joan Carr, who lives in Stratford, P.E.I., shares how she manages to get by on a budget in retirement:

I’m 75 years old, and for the first time in my life, I feel poor. Growing up in a minister’s family, we didn’t have a lot, but we had enough food and sometimes even got new clothes. I spent 25 years at a non-profit in Gaspé, Quebec, doing community development. I worked my way up to executive director, and I had more than enough. The problem was that there was no pension plan.

In 2006, I moved to P.E.I., and things got harder for me. I provided care for my ex-husband, and I had my own medical bills to pay, too. When I retired, I only had Old Age Security cheques and a small stipend from CPP for my daily expenses—my total income was $1,600 per month. With strict budgeting, I made it work. Even when my rent increased from $600 to $800 per month, P.E.I.’s subsidized seniors housing program helped pay for half of it, and I lived fine.

Then food started getting more expensive. I’ve especially felt the pinch in these COVID years—it’s like the pandemic jacked up the price of groceries and gas and many commodities that I used to take for granted. I always functioned on $200 a month for groceries. Now, I often exceed that budget and have to borrow $120 from my line of credit. The cost of food has risen, but my pension hasn’t.
I can no longer afford a good, healthy meal. A jar of spaghetti sauce now goes for $4. Butter went from $3.29 to $5.69. Even a can of frozen lemonade went from 99 cents to $1.35. I used to have protein once a day, but now I have it three times a week, sometimes in the form of legumes. I buy pork sausages instead of bone-in pork chops, because I can’t afford the weight of the bone. I no longer touch lamb or fish, and I can’t remember the last time I bought a roasted chicken.

There are nice local food stores in town that I love, but I can’t afford them. Instead, I’ll visit multiple grocery stores in a week to catch the sales, often going to two or three at once to save on gas. First, I go to the Superstore because it has the best prices and good fruit and vegetables. I’ll get my apples, bananas, potatoes and turnips. Then I’ll go to No Frills for condiments like peanut butter. After that, I go to Foodland, because they sometimes have butter on sale. I’ll buy spaghetti and bread at one of those places, wherever it’s on sale, and freeze the extra bread. I buy my dates, flour and vitamins at Bulk Barn, but it’s not necessarily cheaper there—I have to weigh it all out and do the math. Trying to eat well on a budget feels like a sport: I’ve learned some tricks to keep going, like collecting recipes to make cheap cuts of meat taste good, or figuring out which foods freeze well.

I play bridge with friends. The topic of conversation used to be the weather. Now it’s the cost of food. I even know of seniors who divorced just so they could each get a government subsidy from it and each bring in more money. Some people are planting gardens to grow vegetables, though seeds are getting expensive, too. I’m an optimist but I’m worried now. If costs continue to rise like they’ve done in these COVID years, I might not have enough to cover my debts and preserve my health.

—As told to Andrea Yu