The Métropolitain Brasserie & Restaurant was the hot spot for CTV’s celebration of local news with 35 of its local anchors. 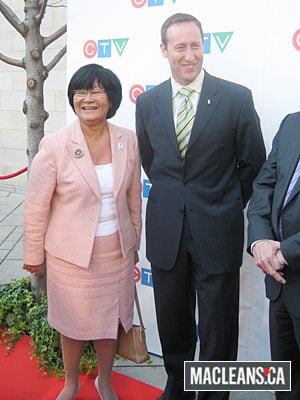 Also on the red carpet were Laureen Harper and Ian Brodie, the PM’s chief of staff. 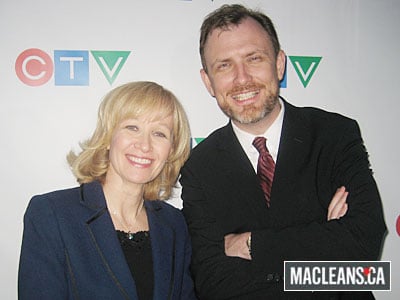 Winnipeg MPs Steven Fletcher of the Tories and Judy Wasylycia-Leis of the NDP pose with their local CTV anchors. 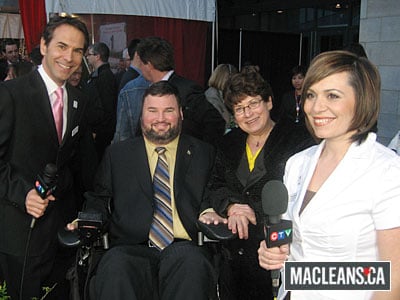 The same day as the CTV bash, General Rick Hiller announced he was resigning. Everyone wanted their pic with the man in a uniform, including Canada AM’s Seamus O’Regan. 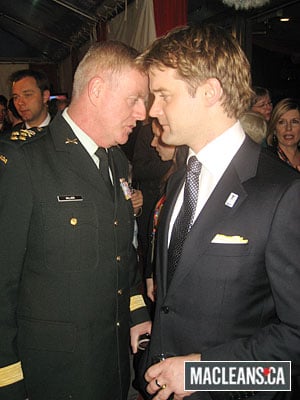 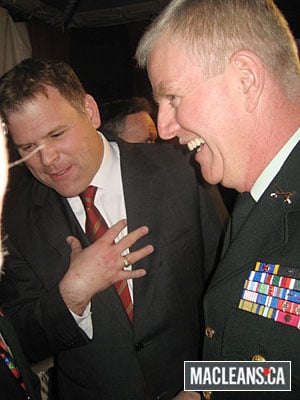 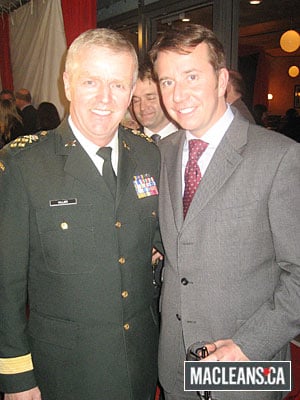 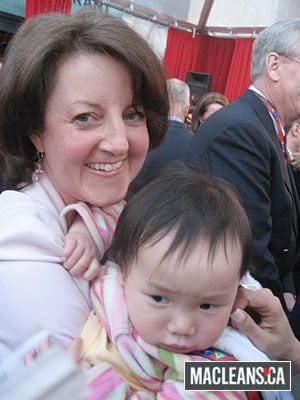 Watch out for that plane, Seamus! 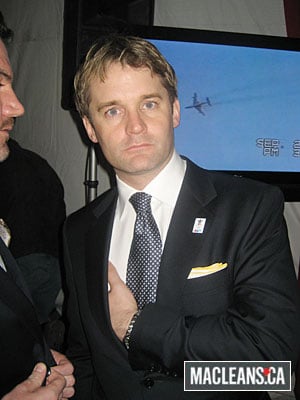 Jack Layton chats with super-tall anchor Ken Shaw and Christine Bentley who wore massive high-heels. They pump her seat up during telecasts so Shaw doesn’t tower over her. 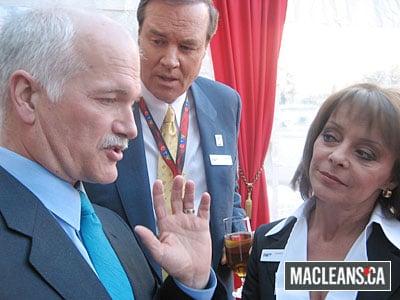 CTV anchor supreme Lloyd Robertson talks with Belinda Stronach. The party was below the building where she has a condo. 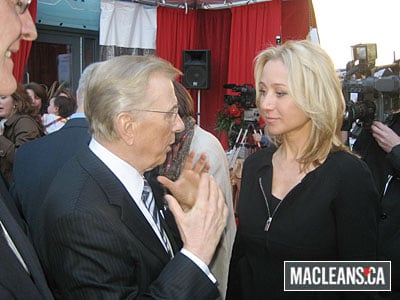 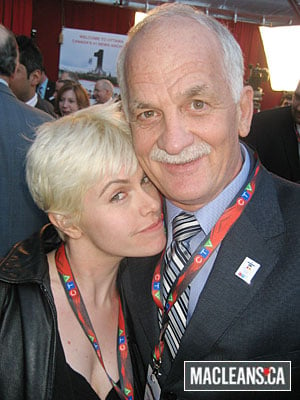 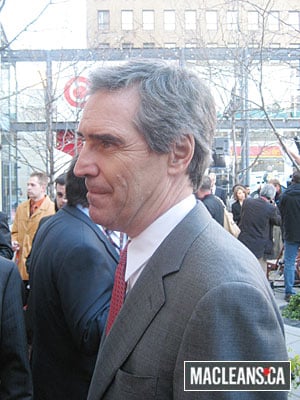 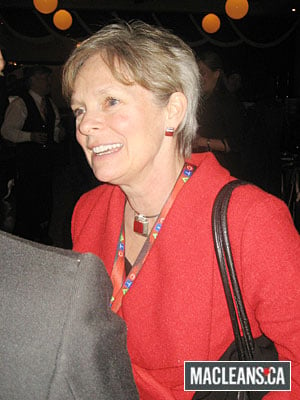 Former CBC anchor Pamela Wallin was there. Her 19-year-old cat name Kitty recently died and she was in mourning at the party. 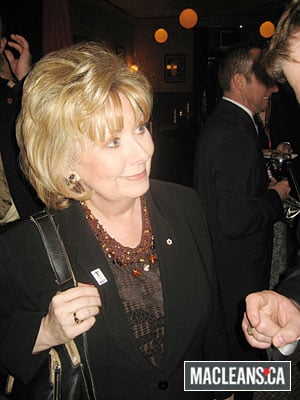 Anthony Carricato from the Speaker’s office tries a point of order—or he is just ordering another drink? 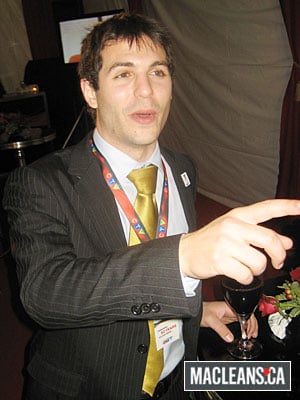 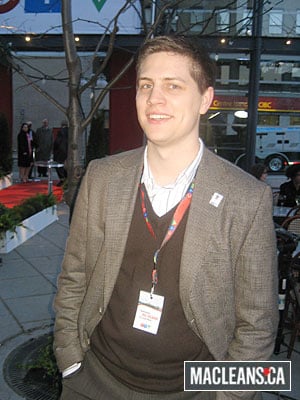 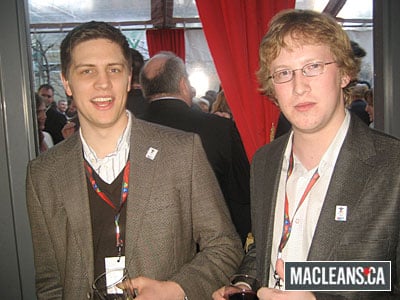 Jason Kenney, Secretary of State for Multiculturalism and Canadian Identity. 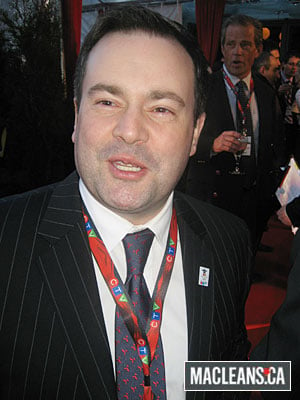 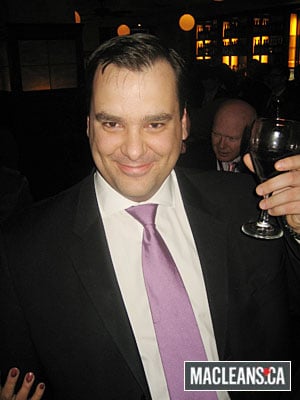 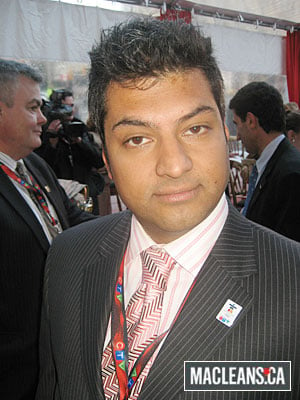 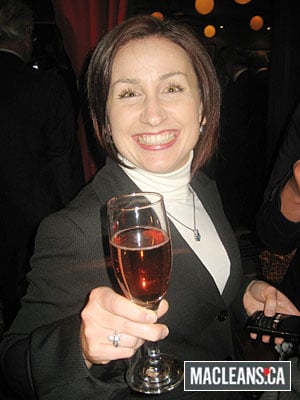 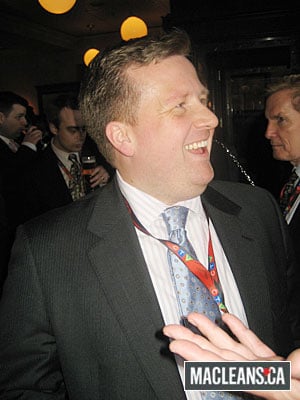 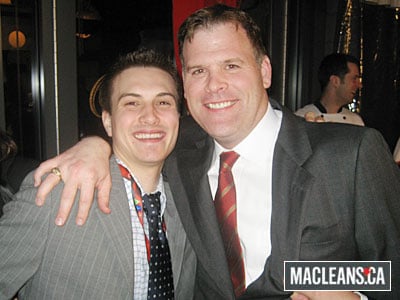 Later that night, Chambers proved that the Finance Department knows how to party. 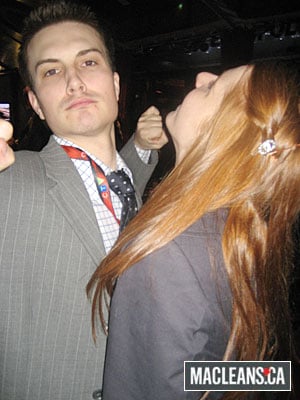 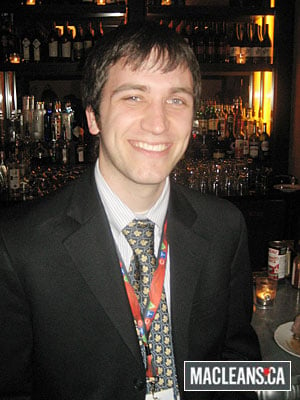 Summa Communication’s Josh McJannett (right) made sure everything went smoothly. He even wore a cool headset—like Madonna in her Blond Ambition World Tour. Back up provided by Summa research man Mike Anderson (left). 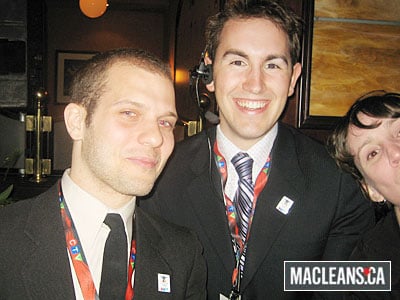 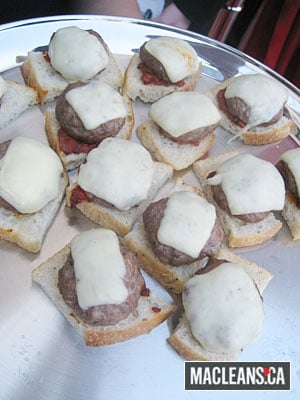 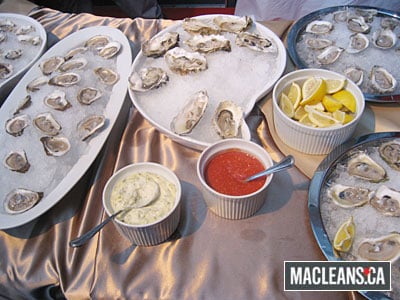 Few were enticed by the watermelon with balsamic vinegar. 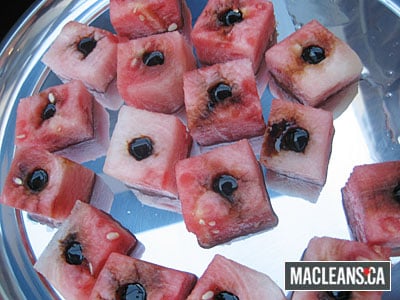