Happy Halloween! Just in time for the spooky holiday, a researcher in Brazil has released a paper outlining his discovery of nine brand new species of colourful tree-dwelling tarantulas, according to a paper published in the online Journal Zookeys.

The tarantulas were all discovered in the central and eastern regions of the country, bringing the known number of tarantula species in the region from seven to 16, study author Dr. Rogério Bertani says in a press release.

Bertani also says they are the smallest arboreal tarantulas in the world, and he notes that their habitats are in danger due to human activity and the fact that their bright colours might make these spiders appealing to the pet trade. 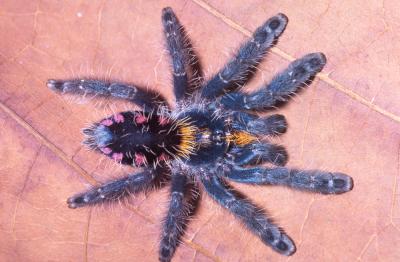 This shows the "Typhochlaena costae" from Brazilian "cerrado" in the state of Tocantins, Brazil. (Courtesy: Dr. Rogerio Bertani) 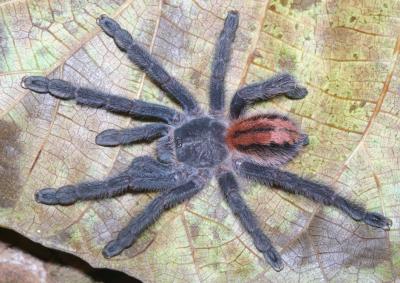 This image shows the "Iridopelma katiae" from "campos rupestres" in the top of mountain tables in the state of Bahia, Brazil. (Courtesy: Dr. Rogerio Bertani)

If you’re in the mood for even more spider pictures to kick off your Halloween, Zookeys has plenty more from Bertani’s research.