The Liberal’s Ontario Assistant Caucus held a Wonderful Wednesday get together at the Metropolitan Brasserie Restaurant and took the opportunity to bash Finance Minister Jim Flaherty with buttons. “Ontario: Flaherty’s to discover” and “My Canada includes Ontario” were a response to the Finance Minister’s comments that Ontario was “the last place” in Canada to start a business. 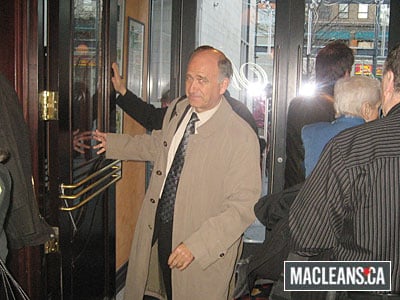 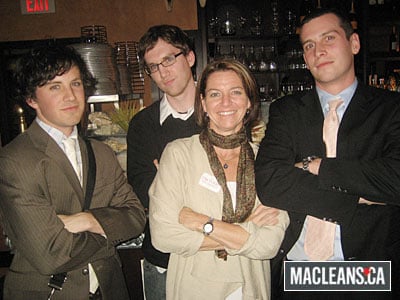 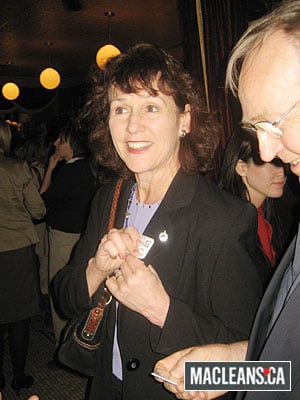 Then there were the seasoned Liberals like John Godfrey. 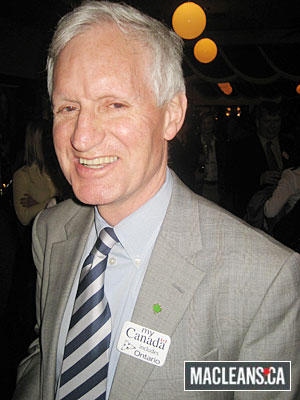 Here is one of the event’s organizers Brett Kenworthy, who works in Belinda Stronach’s office. 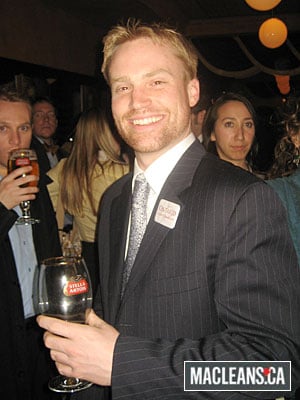 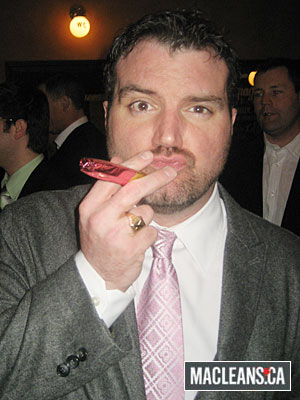 Liberal staffer turned beer lobbyist Andre Fortin, who is director of public affairs at the Canadian Brewers Association in Ottawa, made an appearance. 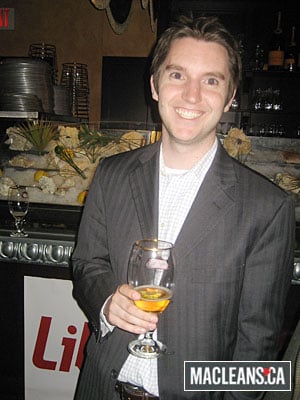 Stéphane Dion and his wife Janine Krieber showed up for the fun. 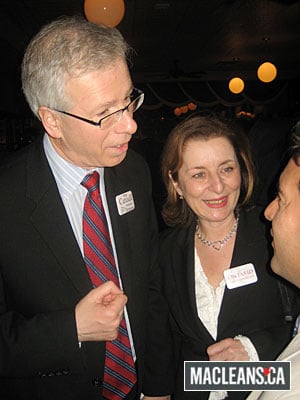 These old official Dion posters will soon be replaced with ones that show him sporting his new eyewear. 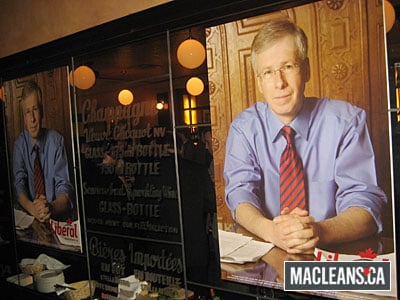 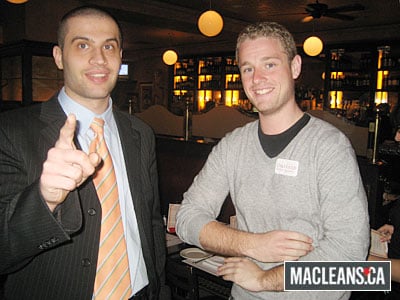 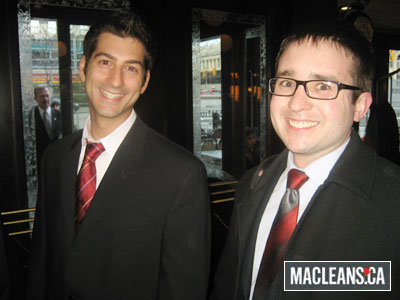 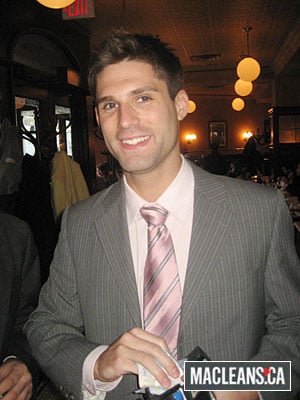 The appetizers sure beat those nachos at the last Liberal bar bash. 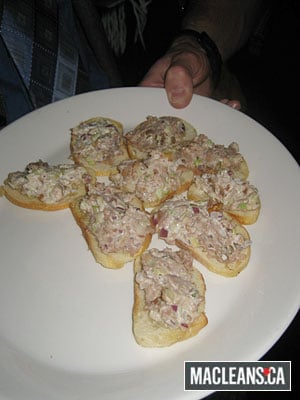 The Liberals do their best to raise money one dollar at a time. Bucket man Matt Jacques, EA to MP Brent St. Denis, passes the “victory bucket.” 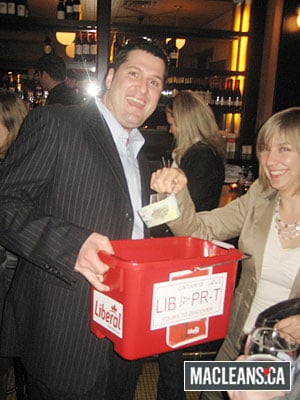