Accused in Cleveland kidnapping will plead not guilty: lawyers 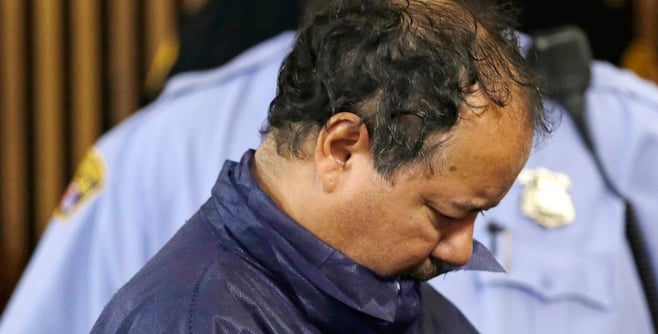 Ariel Castro, the man who is accused of kidnapping and raping three women and holding them hostage in his Cleveland home for a decade, will plead not guilty, his lawyers have said.

Amanda Berry, Gina DeJesus and Michelle Knight, along with a six-year-old girl born to Berry while she was in captivity, were released from a home belonging to Castro by a neighbour on May 6.

Speaking with Reuters in a telephone interview, one of Castro’s lawyers, Jaye Schlachet, confirmed that his client plans to plead not guilty.

Speaking to Cleveland local television station WKYC, another one of Castro’s lawyers, Craig Weintraub, said his client was not the “monster” he has been portrayed as. “The initial portrayal by the media has been one of a ‘monster’ and that’s not the impression that I got when I talked to him for three hours,” Weintraub said. “I know that family members who have been interviewed by the media have expressed that as well.”

Castro remains in a Ohio jail where he has been put on suicide watch. On May 9, a judge set his bail at $8 million.

Castro’s own brothers Onil Castro, 50, and Pedro Castro, 54, have turned against their brother since his arrest, telling CNN in a television interview that their brother was a “monster” and that they “hope he rots in that jail.”

Onil and Pedro were originally named as suspects, but police have since said there is no reason to believe the had anything to do with the alleged crimes.