What happens to the (not insignificant) voting bloc that has now effectively been orphaned? 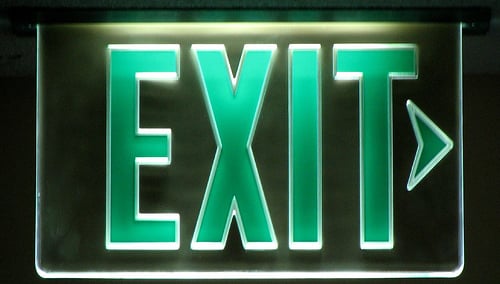 Martin Patriquin: Tabarnac. The ADQ is pretty much toast. What say ye, Phil?

Philippe Gohier: It’s not like things were going well for the ADQ. A third of the caucus—I don’t know if it’s generous or mean to point out that’s just two people—up and quit the party last week, the party president threw in the towel yesterday and there were rumours of other defections on the way. And yet somehow, things have managed to get worse: ADQ leader Gilles Taillon is stepping down, less than a month after his election. Is this euthanasia or suicide?

MP: Not sure. What is it when you drag an injured dog behind the shed and put a bullet through its skull? Mercy killing? Common sense? Supper?

When the ADQ became Official Opposition in 2007, the knock against the party was that its MNAs was too young and inexperienced. Politics is a pressure cooker business, where one doesn’t have much choice but to learn in a hurry. When Mario Dumont took the reigns of the Official Opposition in 2007, he was probably the most surprised politicians since René Lévesque in 1976. Both had young caucuses, a decent party structure and significant goodwill from the population. The PQ, though, thrived both in power and in opposition, and what’s been fascinating/sad to watch over the last couple of years has been the total lack of discipline and willingness to learn from the ADQ types.

It’s disappointing, because there is a place for a center right party in Quebec, and not only to curb the Liberal indulgence of the PQ. I wonder what happens to that (not insignificant) voting bloc that has now effectively been orphaned. It’s there, and it isn’t going away. Thoughts?

PG: Even though the PQ has openly courted Eric Caire and Marc Picard, and Charest has hinted he wouldn’t object to tdisaffected ADQ members joining the Liberals, Taillon lobbed a grenade in everyone’s direction at his press conference. “Over the past three weeks,” he said, “I’ve discovered some trouble things about the party’s financing in 2003.” Taillon now plans to discuss these “troubling” matters with the SQ. Oh, boy. You can almost see the stinklines rising from anyone ever associated with the party. Who’s going to want them around now? And who does that leave to build this mythical centre-right party Quebecers are apparently yearning for?

Perhaps most interesting—just how far does this financing thing reach? After all, the federal Tories have a couple of former ADQ bagmen manning the controls for them in Quebec.

MP: Taillon’s bit about party financing smells of desperation (or is it Hari Kari?), given that he’s been the higher up in the party since 2006. He has about as much plausible deniability as Montreal Mayor (still!) Gérald Tremblay, except he’s not nearly as disarmingly cute.

Michel C Auger said it best on RDI this aft: if there’s going to be a rightist party in Quebec, the ADQ isn’t going to be part of it. Should this party arise, I wonder if it’s going to come from the newly independent NMAs themselves. Think about it: six righty NMAs who have nowhere else to turn–though Charest has said his door is open, the penalties would be grave for any adéquiste who dares walk through it–and are more or less ideologically the same. Bold prediction: this crazy little bugger steps in, whips them into shape and parades them into the future… and, in all likelihood, another failure. Good times!

PG: Fair enough about the financing—and for the sake of Quebecers’ collective sanity, I hope there’s nothing there. I don’t think anyone in the province could be bothered to get a proper handle on yet another politics-and-money scandal. After Adscam, the construction industry, and Montreal’s many foibles, there’s no faith left to mine.

As for your thoughts on the right’s future, I’m sure Stéphane Gendron wholeheartedly agrees with your outlook, but I’m not convinced. Despite the monumental failure that was Gilles Taillon, I can see the big business/MEI/Fraser Institute-types wanting another crack at things and I don’t think they’ll fall for the charms of a populist ankle-biter like Gendron. After all, as you pointed out, the ADQ’s fundamental problem was that its MNAs simply weren’t that good at anything. I suspect some seasoned pros will take that lesson to heart and try to fill the void with people of their own. (Max Bernier, anyone?)

That said, the idea the right will do anything at all rests on the huge assumption there’s room for a third party in Quebec provincial politics. I’m increasingly inclined to believe there isn’t.