An Hour of Power

It’s not exactly a monsoon, but Canada’s medal “drought” is over. In the course of an hour this afternoon, rowers Dave Calder and Scott Frandsen won silver in the men’s pair, Carol Huynh, struck gold in 48 kg women’s wrestling, and before she could even make it through the media interview zone, team mate Tonya 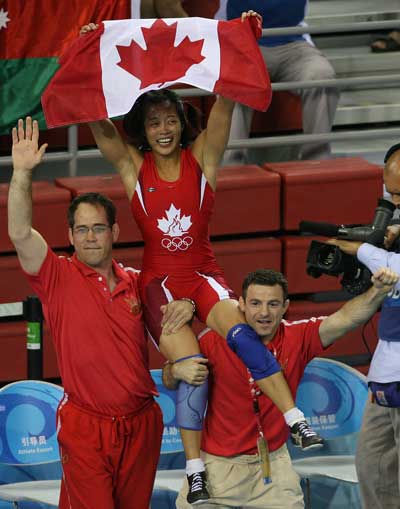 After what has been a dismal week, the success all seemed so unfamiliar that I even had a moment of panic at the wrestling venue. High up in the media stands to catch the gold medal ceremony, I momentarily thought I was watching them hand out the hardware in a different event (and perhaps missing my quotes down in the mixed zone, two floors below.) The reason? Huynh came out for the flag raising wearing a bright red uniform—the podium outfit that no one had seen yet.

And, yes, I’ll admit it. It was nice to finally hear Oh Canada at the Beijing Games.

And here, courtesy of my colleague Ken MacQueen is a picture of the happy scene outside the rowing venue. Dave Calder fielding questions, and getting an even greater reward from with his 4-year-old Mira. 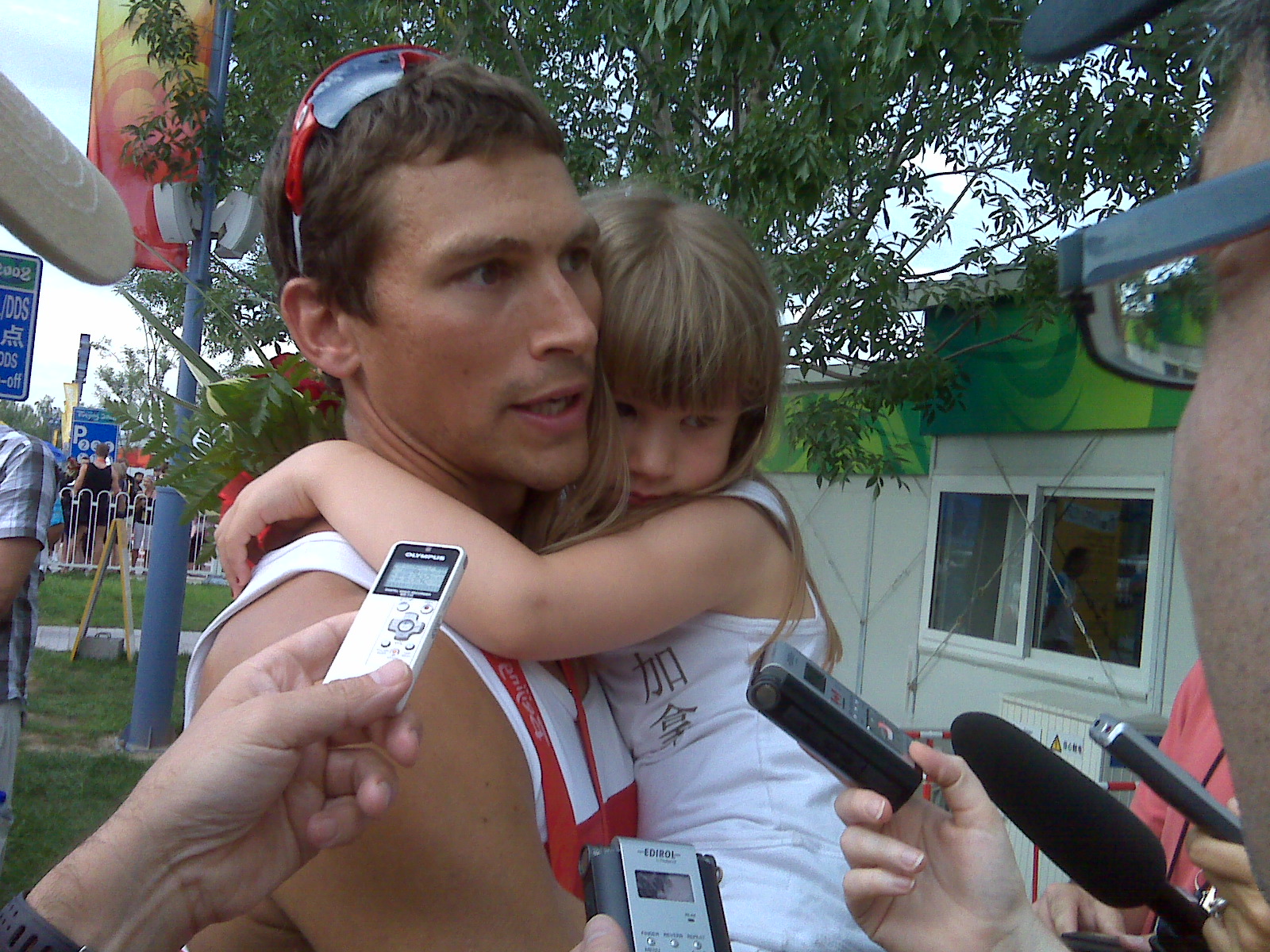