And the winner is... Jean Charest 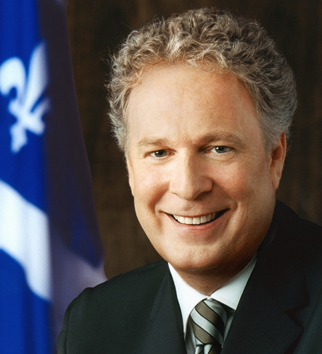 Hardly a year ago Jean Charest was yesterday’s man, a guy so despised in the province over which he ruled that he nearly lost his own seat in the last provincial election. About a year before that, I interviewed a member of Loco Locass, a fiercely indépendantiste rap group whose single, Libérez-Nous Des Libéraux, was a populist rallying cry for the masses utterly disillusioned with Charest. This guy could barely control his excitement at the prospect that his song, perhaps the only popular single in history to rhyme ‘small and medium businesses’ with ‘blowjob’ (it works in French, I swear), would be playing loudly as the door closed on Charest’s nightmarish tenure.

Since then, Charest’s resurgence has been well documented––notably in the pages of Maclean’s earlier this year. And with this rebirth, it seems, comes a fair bit of clout for Mr. Popular, as Charest now finds himself wearing a wholly unfamiliar pair of pants: those of a man who is seen by the great unwashed as the best defender of Quebec’s interests. Sprinkle liberally with a looming election that will be largely won or lost Quebec and voila!,  Jean Charest suddenly has the Conservatives, and just about everyone else short of the Christian Heritage Party, by the scruff of the neck.

Remember the fiscal imbalance deal that Harper claims is a fait accompli, most recently in those absurd and creepy election adverts featuring Stephen Harper and his cabinet at some sort of country retreat, discussing their various triumphs over cereal and O.J.? Not so much, Charest sez: “This question is not settled,” he told reporters yesterday (La Presse here; Le Devoir here). He then said there was the little matter of an extra $800 million per year in post-secondary education funding, a leftover from the last round of Fed-Quebec do-si-do that netted the province $700 million, that remains unpaid.

On the cultural front, Charest stuck it to the Cons for cutting back on grants to the cultural sector. You can add these cuts to the mounting pile of electoral jackassery on the part of Harper: Just prior to calling an election, he cut a comparatively paltry $45 million from one of the most important and vocal industries in the very province he is trying to woo. It was a gift for Charest, who demanded ‘cultural sovereignty’, that old Bourassa chestnut, from Ottawa. For the first time in his career, Charest finds himself on the same side as the very artists and TV personalities who have often derided him.