As confident as ever 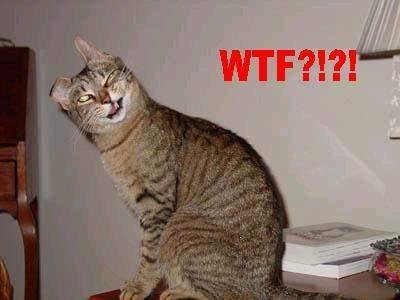 I post the following as a counterpoint to the current smell of language politics wafting about the coming St Jean Baptiste festival, which I’ll write about later.

This summer, Université de Montréal will be more English than ever, thanks largely to Jacques Parizeau’s former right hand man.

As a bona fide member of the Anglo media, and who thus spends far too much time obsessing over our least favourite obsession, it’s nearly impossible for me to think that Jean-François Lisée would ever be responsible for bringing more English to anything in Quebec. He is a lifelong sovereignist (he has one of these over his desk to remind you of it), having served as political advisor to Parizeau during 1995 referendum, as well as to Lucien Bouchard. He remains a force within the PQ, consulted often on party policy. A smart cookie, in other words, who is very dedicated to the cause. And yet here he is, championing la langue des bloques at the bastion of Quebec higher education.

This summer,  Université de Montréal’s international studies centre (known as CERIUM) will offer eight courses in English–double what has ever been offered. In the words of the press release, UdeM is “stretching its linguistic wings” by targeting the city’s Anglophone population, as well as the bevy of visiting NGOs, journalists, business people and diplomats, by teaching week-long courses touching on Terrorism, India, Obama, biodiversity and environmental law, among others. I know, I know: big deal. A university is meant to cater to an interested population regardless of language, right? Sure, except when you consider that it was Lisée, as president of CERIUM and a man who has written about the precarious nature of the French language ad nauseam who did the catering. Even more interesting is what he had to say about it.

“We’re breaking a wall” by offering these summer courses in English, Lisée admitted to me in his office the other day (in fluent English, en passant), trumpeting Université’s largely bilingual staff who are teaching the classes in both French and English. “Maybe we are more open minded now… We have the asset, we have the ability, so there’s no reason not to.”

“It shouldn’t be seen as an irony,” Lisée says of his involvement. “You can be absolutely, totally proud of your French heritage, you can be adamant in having a set of laws that will protect French in North America, and at the same time be open to the world and make the most of it.”

“Maybe something like this wouldn’t have happened 15 years ago. Maybe our identity wasn’t as secure. It is a possibility. One of the great thing that has happened in the last 20 years is the shedding of the inferiority complex, economically speaking. I’m young, I’m 50, but I remember the phrase ‘né pour un petit pain. (Being born into a destiny of little importance.) Everybody said that we shouldn’t aim high. The economy was for the Anglos. But, my own personal Quebec nationalism is very bold and open to the world,  not one of retreat and protection. One of our strengths is that being French in North America, we are among the most bilingual in North America. There’s no contradiction, but there could have been an uneasiness 20 years ago, and now there isn’t.

“If you go to our website, we make sure that everything is in perfect English… there’s no hang ups.”

CERIUM pitched the courses to all the major political parties in Ottawa, including the Bloc Québécois. Lisée was worried that Jean Dorion, who is the mother of all language hawks in the province, would have a problem with it. He didn’t. “He said it was okay,” Lisée said.

It was about the most refreshing conversation I’ve had in weeks.

Anyone interested in the courses can go here. Oh, and the the courses are scheduled around the Jazz Fest and Just for Laughs. Pragmatic, that Lisée.