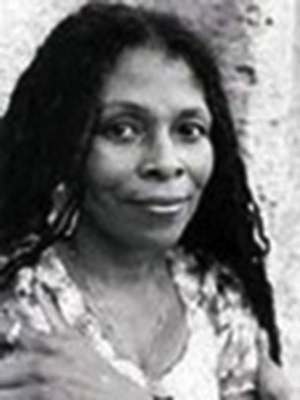 Assata Shakur, a former Black Panther and Black Liberation Army activist who is also the aunt of the late rapper Tupac Shakur, has been named as one of the FBI’s most wanted terrorists, making her the first woman ever to make the list.

Shakur, who was born JoAnne Deborah Chesimard, was convicted of murder in 1977 for shooting a police officer when she was pulled over on the Jersey Turnpike in 1973. During the shootout, another officer was injured, a Black Panther member travelling with Shakur was killed, and Shakur was also shot. She was sentenced to life and was serving time when, in 1979, she escaped from the prison with the aid of other activists.

Authorities think Shakur has been living in Cuba since her escape and the FBI is offering a reward of up to $1 million for information that leads to her arrest. The state of New Jersey is adding a $1 million reward as well, bringing the total reward money to $2 million.

Shakur’s addition to the FBI list comes 40 years to the day of the 1973 shooting that led to her conviction. The timing is leading some to question why she appears on the list now. “If Black Panthers continue to be framed as dangerous, violent terrorists, the government’s role in the race war that birthed the panthers can be neatly tucked into history’s unread footnotes,” writes Natasha Lennard at Salon.com.

However, Shakur’s freedom in Cuba, where she continues to speak out against the U.S. justice system, remains a sore spot for New Jersey police. “She continues to flaunt her freedom in the face of this horrific crime,” State Police Superintendent Col. Rick Fuentes said during a press conference Thursday.