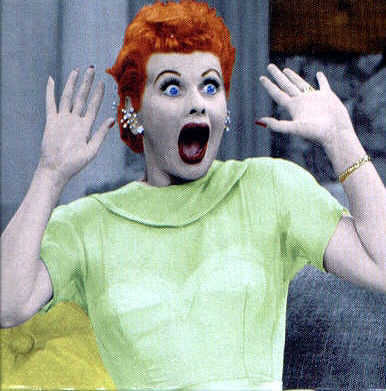 Wee bit of news on the political front. As this corner wrote a few weeks ago, Ignatieff continues to make inroads into Quebec, where up until a six months ago the Liberal brand was a just a tad more popular than Herpes though not nearly as infectious. Dead in the water. Finito. Salut la visite.

The newest Rad-Can poll has the Libs about where they were before–four points ahead of the Bloc, and 23 above the Cons.

The tea-leaf readers seem to think that the English voters are trickling back to the Liberals, where they’ve lived since forever, but are having a tougher time with French voters. Still, the Bloc is only eight points up on the Liberals amongst Francophone voters, which is but a mosey away from margin of error territory. The Bloc is at its happiest when the two federalist parties (or three. Hi Jack!) are neck-and-neck. Having blowout Liberal or Conservative support in Quebec queers the soup for Gilles Duceppe’s party. And that’s the thing about the last federal election, as far as Quebec was concerned. Harper had a blowout within his grasp, and a Quebec majority was his to lose. And he lost it. It was the worst $45 million he didn’t spend. As one Liberal put it to me recently, “Harper couldn’t even beat Stéphane Dion.”

All is to say that the sudden onslaught of negative attack ads from the Cons feel a bit like closing the barn door after the chickens have roosted, or whatever that hoary analogy is. The French attack-y website is less about Ignatieff’s cosmopolitan nature–In general, Quebecers don’t have as much of a problem voting for vaguely arrogant politicians, cough cough Trudeau, cough cough Parizeau–and have more to do with how Ignatieff remains an unknown quantity. It’s also peppered with Iggy’s past bon mots about Quebec (it’s like Minnesota with French signs!) and harps on his role as a Ottawa-centric centralisateur. Unlike my confrère, I think the site is decent as far as these things go. It’s slick, pithy, pretty in its ugliness. And unfortunately for the Conservatives, it doesn’t seem to be working in the least.