"Baseball helps me forget and it makes me remember" 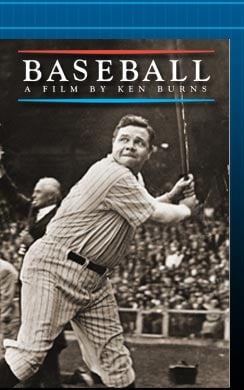 It is against my deal with the devil to write something nice about the New York Yankees. Even in those horrible days after 9/11, when the men in pinstripes were desperate to deliver a World Series title to their shattered city, I was rooting for the Arizona Diamondbacks. Believe me, I tried to see the bigger picture—to hope that Derek Jeter drove in that runner on second—but it was no use. As George Bernard Shaw famously wrote: “Hatred is the coward’s revenge for being intimidated.”

Yet as much as I loathe the Yankees—and all who follow their ways—it is hard to say a bad word about Todd Drew. Yes, he pledged his everlasting devotion to the Evil Empire, but unlike most Yankees fans, he actually treasured the game of baseball as much as the team he rooted for. Last month, Drew wrote these words on Alex Belth’s Bronx Banter, one of the many blogs serving the Yankee faithful:

I went to a baseball game after my father’s funeral. I also went to one after finding out about my mother’s brain cancer.

It was selfish and heartless. I felt guilty before and embarrassed after, but for nine innings I felt only the game. That’s the way it’s always been between baseball and me.

It was my friend when I didn’t have any others. And it has always been there to talk or listen or simply to watch.

Baseball helps me forget and it makes me remember. That’s why it was exactly what I needed on the worst days of my life.

But there were no games when a doctor told me that I had cancer. The neighborhood was out of baseball on that cold November day. No one was playing at Franz Sigel Park or John Mullaly Park. And there wasn’t even a game of catch in Joyce Kilmer Park. The last game at the old Yankee Stadium was long gone and Opening Day at the new Yankee Stadium was long off.

So I went home and wished for one of those summer days when I was a kid and my mother would send me to the ballpark with a paper sack stuffed with her famous tuna-fish sandwiches. That was back when you could slip through a delivery gate with the beer kegs and watch batting practice. And it was always okay to come home late with a beat-up scorecard and popcorn stuck between your teeth.

The doctor told me that tomorrow’s surgery and chemotherapy treatment might keep me in the hospital for 10 days.

“At least it’s December,” I said. “There aren’t any ballgames to miss.”

And I will be ready to slip through a delivery gate with the beer kegs when the new Yankee Stadium opens. I’ll watch batting practice with one of my mother’s famous tuna-fish sandwiches and come home late with a beat-up scorecard and popcorn stuck between my teeth.

Cancer can’t change the way it will always be between baseball and me.

News of his untimely death arrived just as Ken Burns, the documentary filmmaker, announced that he is in the midst of producing an epilogue to his 18-and-a-half-hour masterpiece, Baseball. Released in 1994 and split into nine parts (one for each inning) the award-winning series explains exactly why millions of American kids like Todd Drew fell in love with the national pastime (the clip below will make you want to order the DVD).

Burns says the latest installment—The Tenth Inning—will explore everything from the steroids era to the labour unrest that cancelled the 1994 season. And of course, there will be some airtime dedicated to that post-9/11 World Series. “We were planning for it to be one episode, but we have such a wealth of material,” Burns said the other day. “I still don’t know how it will end or where we will put the stopper.”

Ken Burns certainly doesn’t need any advice from me. But as far as “stoppers” go, Todd Drew’s final words sure are tough to top.