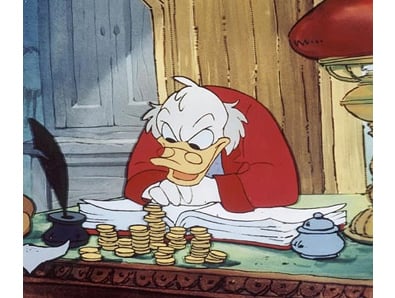 Things we suspected but hoped weren’t true … it strikes me as a very bad sign when an auditor general throws up his hands in resignation, so convinced is he that the data is compromised, so sure is he that it won’t support a meaningful report.

This isn’t the first time the province’s top bean counter has taken the province (along with the 2010 organizing committee) to task for fudging the financial risk attached to the Games. As early as 2003, the AG’s office was highlighting faulty inflation assumptions in the bid estimates, along with a measly contingency fund should costs escalate. Then, in 2006, acting auditor Arn van Iersel pointed up a whole new menu of worries, from unfunded costs to questionable management oversight to inadequate transparency. A few pessimists took up the cry, but the rest of us were too busy getting caught up in the spirit of things. Hey, it wasn’t like the province was in danger of going into deficit, right?

Now, suddenly these issues seem a lot more important. The B.C. budget is closer to the line than the government cares to admit, and no one is fooled by attempts to hide costs in the lottery corp or the Crown insurance company. If I’m understanding Doyle correctly, B.C.’s portion of the costs is 28 per cent over the original $600-million budget. This isn’t just a financial gap. It’s a credibility gap, and a hugely important one.

Why? Because things are tough anywhere outside the Lower Mainland right now, and if the real estate keeps going south, they’ll soon be tough all over. If Calgary showed us anything, it’s that a host community needs—really needs—its average, salt-of-the-earth folks to make the Games great. They’re the ones who volunteer, who work overtime completing venues, who pay the bills without publicly griping. And frankly, if you just got laid off from Interfor, making sure our luge run is truly world class probably wouldn’t seem like a priority. If you kept going that extra mile—sucking up your bitterness—you’d do so out of a sense of civic pride.

It’s time for the province and VANOC to level with British Columbians, before they too throw up their hands and walk away.