Beyond 2010: Getting the kids hooked 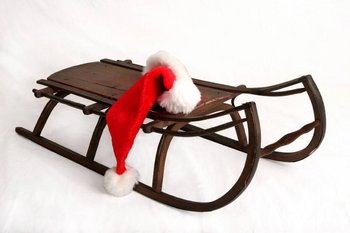 It’s normal to feel nostalgic about childhood at Christmas time. But every once in a while something really makes you wish you were still 10-years-old. Take this offer from the Canadian Luge Association: Luge recruitment camps in Whistler and Calgary, designed to introduce 10-14 year-olds to the sport. For $30 the junior sliders receive a brief introduction to the technique and the sleds, then are turned loose to “take several runs from the lowest starting point on the Olympic Bobsleigh & Luge Track.”

This story in the Whistler Question about last week’s BC event puts it all in perspective—speeds in excess of 80 km/h, starting at turn 12! All on the brand-spanking new track that host the Olympic competition next winter. There’s one more camp in Whistler this season, scheduled for Feb. 28, and two more in Calgary on 1988 legacy track, Jan 3., and Jan. 24.

Of course, athlete development camps aren’t unique to Canada. Evgeni Plushenko, the Turin 2006 Olympic Men’s Figure Skating champion is opening his own school in Armenia. Plushenko, who has not competed since his Olympic gold, and had surgery on both knees in the summer of 2007, has publicly mused about returning to defend his title in Vancouver. Which provides us with the perfect excuse to link to this video, his cameo in this year’s winning entry in the Eurovision song contest.
http://www.youtube.com/watch?v=syzEKJqfwhI