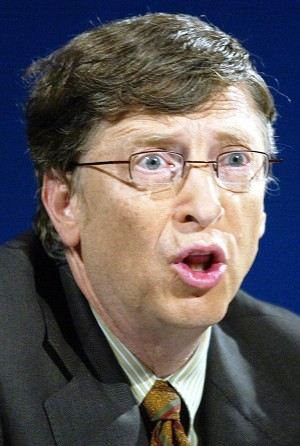 The email was sent by Bill Gates back in 2003, but it was recently made public via the antitrust cases. In witty and painstaking prose Gates details how it took more than an hour for him to do a simple Movie Maker software download. The result? His computer ended up “an absolute mess” – and he never did get the download.

Here are some of my fave parts:

… so I gave up and sent mail to Amir saying – where is this Moviemaker download? Does it exist?

So they told me that using the download page to download something was not something they anticipated.

They told me to go to the main page search button and type movie maker (not moviemaker!).

I tried that. The site was pathetically slow but after 6 seconds of waiting up it came.

I thought for sure now I would see a button to just go do the download.

In fact it is more like a puzzle that you get to solve. It told me to go to Windows Update and do a bunch of incantations.

This struck me as completely odd. Why should I have to go somewhere else and do a scan to download moviemaker?

At some point I get told I need to go get Windows Media Series 9 to download.

So I decide I will go do that. This time I get dialogs saying things like “Open” or “Save”. No guidance in the instructions which to do. I have no clue which to do.

The download is fast and the install takes 7 minutes for this thing.

So now I think I am going to have Moviemaker. I go to my add/remove programs place to make sure it is there.

It is not there.

Someone decided to trash the one part of Windows that was usable? The file system is no longer usable. The registry is not usable. This program listing was one sane place but now it is all crapped up.

What an absolute mess.

Moviemaker is just not there at all.

So I give up on Moviemaker and decide to download the Digital Plus Package….

You can find the full text of the email here.