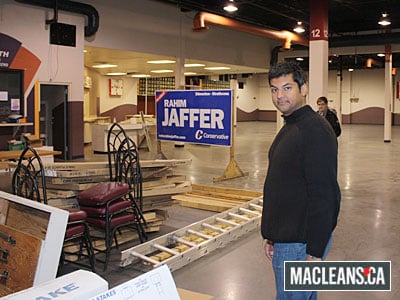 Tory MP Rahim Jaffer’s campaign office used to be a huge bingo hall and hair salon. His posters are taped to windows frosted with “Ladies & Men’s Hairstyling” and “massage.” 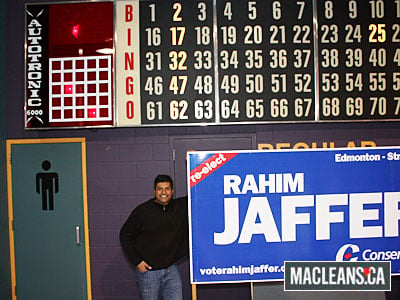 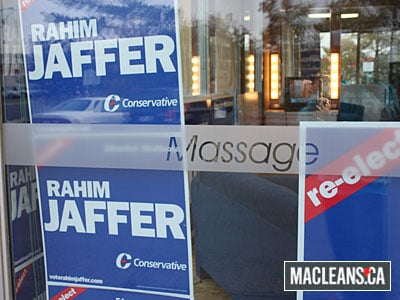 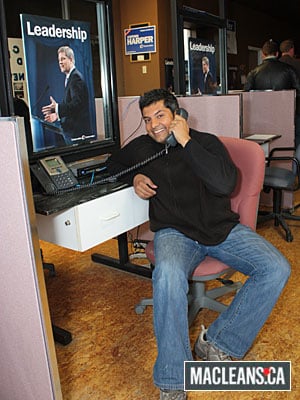 Jaffer (left) with fellow Albertan Tory MPs James Rajotte (centre) and Jason Kenney at The Keg in Edmonton where there happened to be a toga party happening while the parliamentarians were having drinks and snacks with their campaign workers. 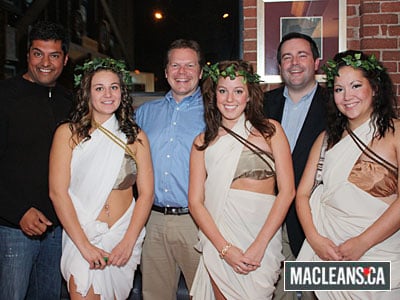