Biz Fix: Housing starts are up! No wait...

In the money: America’s investment firms, are literally and finally in the money. Last week was the first week since the credit crunch hit the U.S. that they didn’t come running to the Fed for emergency overnight loans. Very impressive when you consider that at the credit crisis peak, they were borrowing as much as $38 billion a week. Could it mean the credit crisis is over? It’s certainly a good sign. 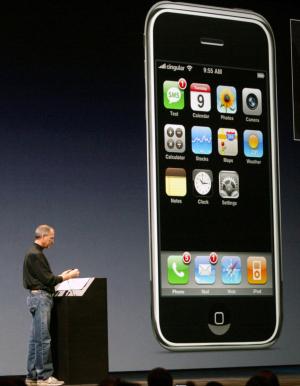 Trading down: Royal Bank. Oh no, I guess the credit crisis isn’t over after all. The Canadian banks still seem to have some overpriced assets that must have fallen behind the fridge or something, because it took them a while to find them. In this case it’s a predicted $1.5 billion writedown for RBC, according to a research note from Genuity Capital Markets. At one time, that would have made big headlines, now it’s like, what? Another writedown? Wake me up when they stop.

Number cruncher: Look! It’s a record year for condo starts in Toronto. So go ahead, buy a condo, or maybe two so you can rent one out. But wait! According to Bloomberg, when you look at Canada overall, new-home starts fell for the third time in four months. But wait again, the St. John’s Telegram says that housing starts are way up this year. Oh, but now the Calgary Sun says that Calgary housing starts dropped by almost 46% in June, which doesn’t sound good at all. Why all the conflicting signals? Maybe because we’re at a housing peak.

Boom or gloom: Today at least some of the members of the C.D. Howe institute told the Bank of Canada it should raise rates to head off inflation. But others didn’t agree. And in June when the BoC held rates, it caught everyone by surprise. That sort of thing makes me nervous. It means that no one really knows what’s going on…

Ticker tape: The first reviews are in on the brand new iPhone 3G. The verdict? So-so. And here’s some good news, the federal government’s decision not to back 40-year mortgages won’t cause a housing melt-down. Which is good news indeed, because if preventing people from buying homes with no money down on 40-year mortgages could cause a meltdown, then it would already be far, far too late.