The decomposing body of Vancouver woman Elisa Lam, 21, has been found floating in a Los Angeles hotel water tank, weeks after she was last seen on Jan. 31.

A Los Angeles Police Department spokesperson told CTV British Columbia that officers were trying to determine whether the young woman had been murdered or if this was “a very, very strange accident.” An autopsy is scheduled for Thursday.

A hotel maintainance worker found a body Tuesday morning when he went up to the four rooftop water tanks to check on why water pressure in the hotel was low. The body was later identified as Lam. 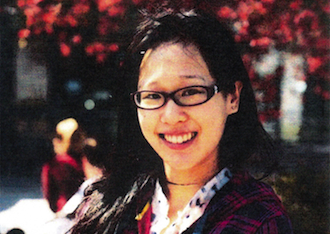 Meanwhile, hotel guests have been ordered not to drink the water as heath officials test the hotel’s water to ensure it is safe.

It appeared that Lam’s body had been in the water tank for at least two weeks, as guests used the water for drinking, brushing teeth and showering.

“The water did have a funny taste,” Sabrina Baugh, a guest at the hotel told CNN.

A police spokesperson said they had already searched the roof of the Cecil Hotel using dogs when Lam was first reported missing, but he could not say whether police had looked in the water tanks, reports the L.A. Times.

The door to the roof of the hotel was locked and only staff had access to the keys, reports the Times. It could also be accessed via the fire escape.

Police released surveillance video of Lam inside a hotel elevator to the public last week, in hopes of gaining new information. The two-minute video shows Lam acting strangely, pushing all of the elevator buttons and, at one point, stepping out of the elevator and waving her arms.