Stephen Harper spoke to a gathering of Tory supporters in Toronto and got the Jewish grandmother stamp of approval. 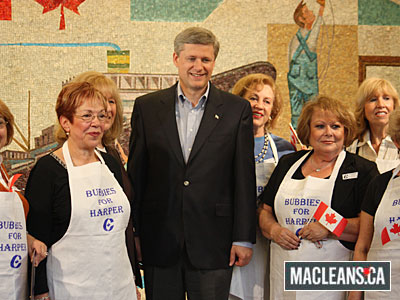 The most shocking thing at the gathering was a very rare homemade sign. You just don’t see these much at campaign events. 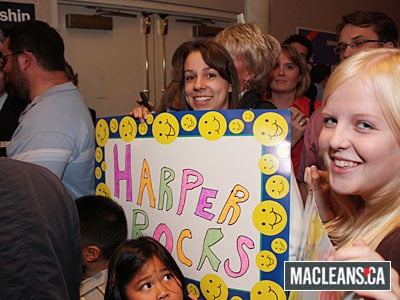 All parties choreograph these kind of events with their own prefabricated signage. The Tories and NDP (see post below) have been very good at it so far. 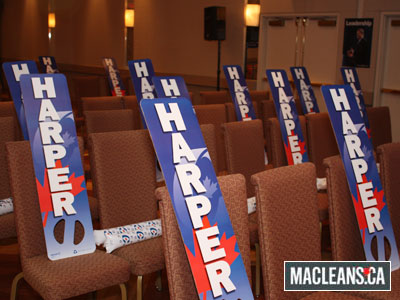 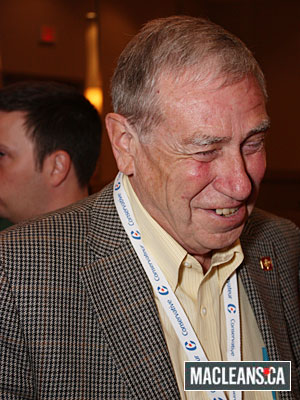 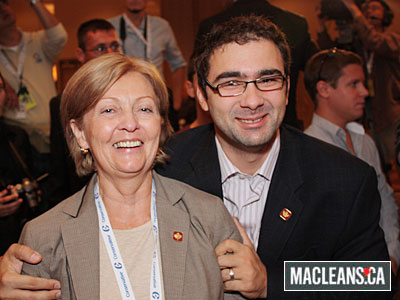 La Presse reporter Hugo de Grandpré chopped his hair, which used to be much longer than this. He was travelling with the Conservatives and joked it may have played an influence. 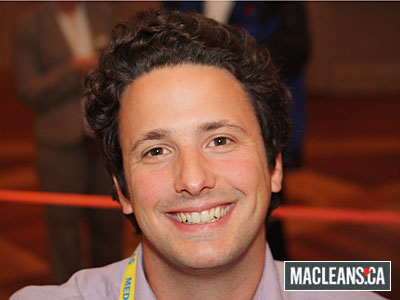