Can Saskatchewan be nationalist? 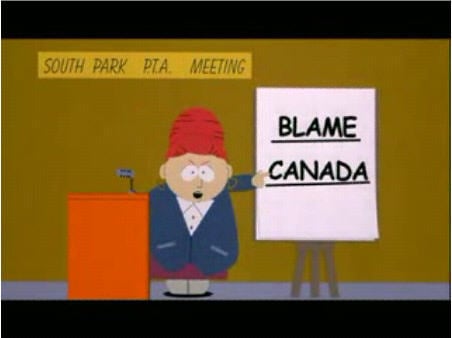 It’s not often I find myself agreeing with Lawrence Martin, but I think he raises a few good points in his column in today’s Globe about the Tories’ decision to grant more economic autonomy to the provinces:

There’s plenty of room for cynicism. It’s well known that the PM will do anything to woo Quebec politically. Letting the province negotiate a unilateral labour-mobility agreement with France can be seen as some rather timely toadying. Shouldn’t he be doing more for labour mobility between Ontario and Quebec?

Extending his autonomy push to other regions smacks of smart politics as well. Headwaiter to the provinces? How about head cashier at the polling booths. Westerners will lovingly see it as a kick at the Toronto-Ottawa dictatorship. It’s gravy for la belle province and down East, loud guys like Danny Williams won’t be complaining.

Every time the federal government does something that carries even the faintest whiff of decentralization, it’s always denounced as “pandering” to Quebec nationalists. To wit, John McCallum called it a “cynical attempt to play to the nationalists in Quebec” and Elizabeth May said “in the guise of accommodation to Quebec,” the Conservatives are prepared to weaken Canada as a whole. (Pandering to federalists, it appears, is a much more noble pursuit.) Even the Globe’s headline describes reaction to the deal as “mixed,” even though, as Martin points out, the provinces who don’t like it seem few and far between.

“We’ve always advocated, as the province of Alberta, to be involved in those negotiations that have an impact on our province, and the Prime Minister has heard us very clearly and reflected that position in this latest policy change.”

“Strengthening partnerships between governments is absolutely essential to maximizing our economic advantage.”

“I think recognizing that flexibility and supporting and using the strengths of the provinces, who understand their economies perhaps better than any federal government could … that’s just wise. It’s good policy and it’s good for the country.”

Sure Manitoba’s Gary Doer said everything “works the way it is right now.” But assuming Williams and Charest are on board—and it’s probably safe a safe assumption—there appears to be as close to a consensus as you can get when it comes to federal-provincial affairs in Canada.

I’m not hopeful this will finally silence the “What does Quebec want?” braying that always seems to pop up when this stuff gets discussed. But it should at least show that, sometimes, the answer is “pretty much what every other province wants.”