Can the Democrats recover before November?

With the economy mired in a slow recovery, the Republicans are on ideal ground—voters are angry and pessimistic 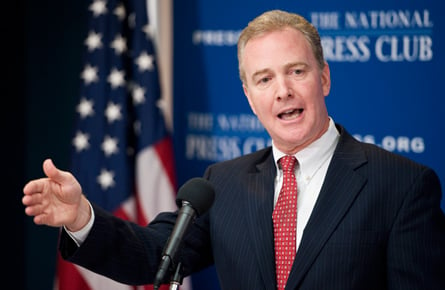 Some Democrats are growing increasingly inclined to concede the House to the GOP, as the edge in enthusiasm for the Republicans has seemed to widen since last week’s primaries. Clearly, the Republicans are on a roll and talk of a wave election has now become the norm. But wave elections rarely occur 70 days before the vote.

The Republicans deserve credit for doing what any opposition party wanting to recover from a devastating defeat has to do: they must be on the attack against the governing party, do little to cooperate, and exploit the mood if it favours them. With the economy mired in a slow recovery, the Republicans are on ideal ground—voters are angry and pessimistic.

Meantime, the Democrats continue to blame the Bush administration and are essentially running the campaigns of 2006 and 2008. This strategy can be effective, but its effectiveness is limited by the fact voters still do not feel the economic recovery in their daily lives. Moreover, the political climate has changed. The Democrats are at the mercy of the problems they inherited, especially since voters haven’t seen or felt noticeable change, especially on the employment front.

It’s true the Republicans have not warmed to bipartisanship along the way. They opposed the stimulus, shifting gears to criticize it as “big government,” with some going as far as calling Obama a “socialist.” They knew all along that Obama’s promise of a new politics of dialogue and bipartisanship would be impossible without their cooperation. From my years of experience with the British parliamentary system in Quebec and Canada, I was not surprised to see GOP strategists take a page out of that playbook, where party line and party discipline are sacred. Some moderate Republicans who strayed from the pack ended up being challenged by Tea Party candidates.

This being said, the moroseness of some Democrats will turn their pessimism into a self-fulfilling prophecy. Listening to the cable news shows, you can easily get the impression that some Democrats have thrown in the towel. Unless the Democrats begin to fight for what they believe in, defend what they have done in power, and offer a compelling vision of why they want to stay in power, they will suffer a crushing setback come November.

Mid-term elections usually have a lot to do with local issues, but most would agree the economy will be the dominant factor this November. Between now and then, Obama should stay on the theme of “jobs, jobs, jobs,” concede there is no quick fix, and avoid the Pollyanna rhetoric. He must also show his commitment to fiscal responsibility and do what has to be done to protect the economic security of U.S. citizens. Above all, his message will have to be focused. It may not be enough to rejuvenate the base, but it will offer a coherent message that could ultimately resonate in November. After all, voters rejected Republican economic policies less than two years.

Most observers will agree that this is a very activist administration and Congress, so Democrats have achievements they can go out and sell. They may not fit the Republican agenda, but that was not the reason for their victories in the first place in 2006 and 2008. They won because voters wanted change and they knew what it was they were voting for.

To their credit, Republicans seem to have a plan for victory and have stayed on message. For the Democrats to recover, they will have to be proud and vocal about their accomplishments in healthcare, education, the economy, financial regulation, the revival of the domestic car industry, foreign policy, and more. This is a much more attractive message than just attacking Bush’s policies. Otherwise, November could be when the unraveling of the Democratic agenda begins in earnest. That prospect, in itself, should be enough to wake up the Democrats.