Canada must act in the face of Putin’s ruthless ambition

Tossing Russia from the G8 makes good sense. There's no reason to allow Putin a sheen of respectability. 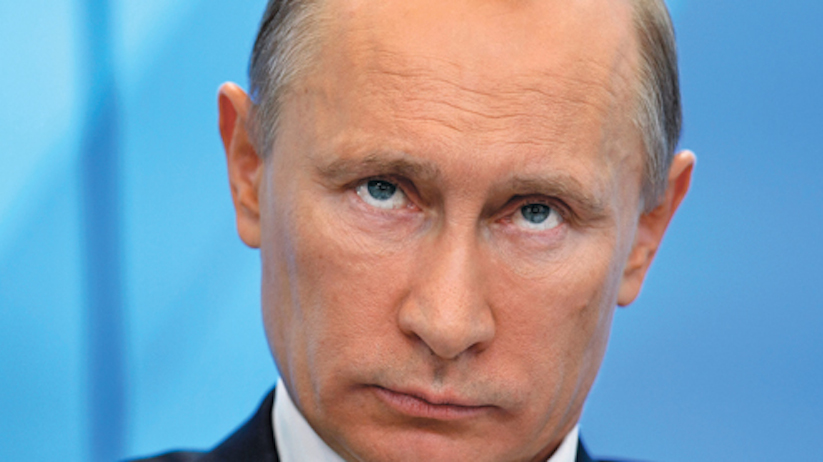 “The strong do what they can, and the weak suffer what they must.” Not much has changed since the ancient Greek historian Thucydides made this observation nearly 2½ millennia ago. While he was referring to the destruction of the tiny island of Melos by superpower Athens during the Peloponnesian War, Thucydides could just as easily be describing the fate of Crimea today.

This week’s military occupation of the southern portion of  Ukraine by Russian President Vladimir Putin is an outrageous violation of international law and a tacit declaration of war on a sovereign country. The West has a clear moral obligation to oppose these moves. And Canada, as leader among Western democracies, and given our strong traditional ties with Ukraine, must be front and centre in condemning these actions. Yet beyond the necessary rhetoric, there’s very little that can be done to change things as they stand right now. Our focus must be on preserving and protecting what remains of Ukraine.

It is unhelpful and misguided to describe Putin as a “madman,” or suffering from “hypertoxic schizophrenia” brought on by the success of the Sochi Olympics, as some commentators have claimed during the current crisis. The Russian president is clearly a seasoned strategist with a long and successful track record of applying financial and military might in order to re-establish an internationally respected (or perhaps feared is the better word) Russia.

It appears Putin intends to hive off the peninsula of Crimea from Ukraine and turn it into an autonomous state under Russian control, just as he did when he invaded the breakaway republics of South Ossetia and Abkhazia in Georgia in 2008. Now, as then, the ostensible reason is to protect ethnic Russians living abroad. Of course, the real motive is entirely strategic. The presence of a warm-water seaport and Russian naval base in Crimea makes control of the peninsula extremely significant to Putin’s military and political interests, and he is unwilling to cede control of it to a nascent pro-Western democracy.

Direct military action by the U.S. or NATO to liberate Crimea is obviously untenable. The United States and Canada have discussed strong economic sanctions against Russia, however, European powers such as Germany and Britain have called instead for political discussions. Continental reluctance to face down Putin likely has much to do with Russia’s stranglehold on Europe’s natural gas supplies. With the West divided over energy security, Putin’s hand strengthens further. Any realistic assessment of the situation must conclude that Crimea is no longer part of Ukraine. Putin has won this round.

So can we stop Putin from rolling over the rest of Ukraine? Or beyond?

There are a few possibilities. The experience of the Baltic states of Lithuania, Latvia and Estonia provides useful insight into blocking Putin’s future ambition. As countries sitting between Russia and Europe, all three democracies have experienced repeated attempts by Putin to bring them to heel. This includes trade boycotts and shutting off oil exports, as well as various forms of political leverage. But as members of the European Union and NATO since 2004, Putin has never dared use military muscle against them. This suggests that fast-track negotiations between NATO with a new democratically elected government in Kyiv could keep further Russian predations at bay. Whether or not this is seen as a provocation by Putin, Baltic experience suggests he has a healthy respect for the mutual defence agreements explicit in NATO membership.

Putin also seems to crave international approval and esteem. That he held off the Crimean invasion until after the Sochi Olympics suggests he didn’t wish to ruin his own party. Tossing Russia from the G8 thus makes good, symbolic sense. As a private club for civilized nations, there’s no reason to allow Putin a sheen of respectability through continued membership.

Finally, what remains of Ukraine desperately requires financial aid. The country has been corruptly run until now and is teetering on bankruptcy. It owes Russia almost US$2 billion immediately for natural gas supplies and must come up with another $35 billion over the next two years to cover past debts. As much as Greece, Italy or Spain, the risk of insolvency in Ukraine represents a significant threat to Western stability and must be remedied as quickly as possible.

Recall that, in 2012, Canada was under considerable pressure to contribute to a $450-billion bailout fund for Europe. At the time, Prime Minister Stephen Harper rightly refused, arguing, “Europe is one of the wealthiest parts of the planet,” and should solve its own problems. This time, the situation is entirely different. It’s not certain the West can thwart Putin’s ambition; it’s clearly in Canada’s best interests, and our obligation, to try. We must do whatever we can to help.