They "fought against oppression, racism and cruelty"

After a snub from Sarkozy, Harper honours D-Day vets in France 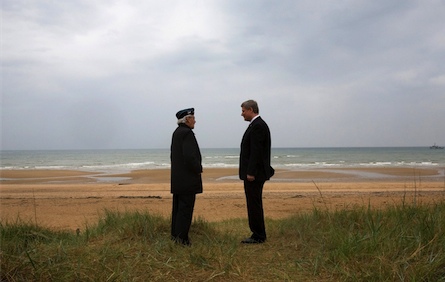 Stephen Harper joined other world leaders and veterans in France to mark the 65th anniversary of D-Day. The Canadian prime minister lauded those who fought “against oppression, racism and cruelty here in Europe,” and who “would return to Canada and turn their resolve to building a society more fair, more equal and more compassionate than the one they left behind.” It was a last minute trip for Harper who was waiting for an official invitation from president Nicholas Sarkozy. A French presidential official admitted that Sarkozy was hoping to celebrate with only U.S. president Barack Obama, but Canada and Britain insisted on taking part.