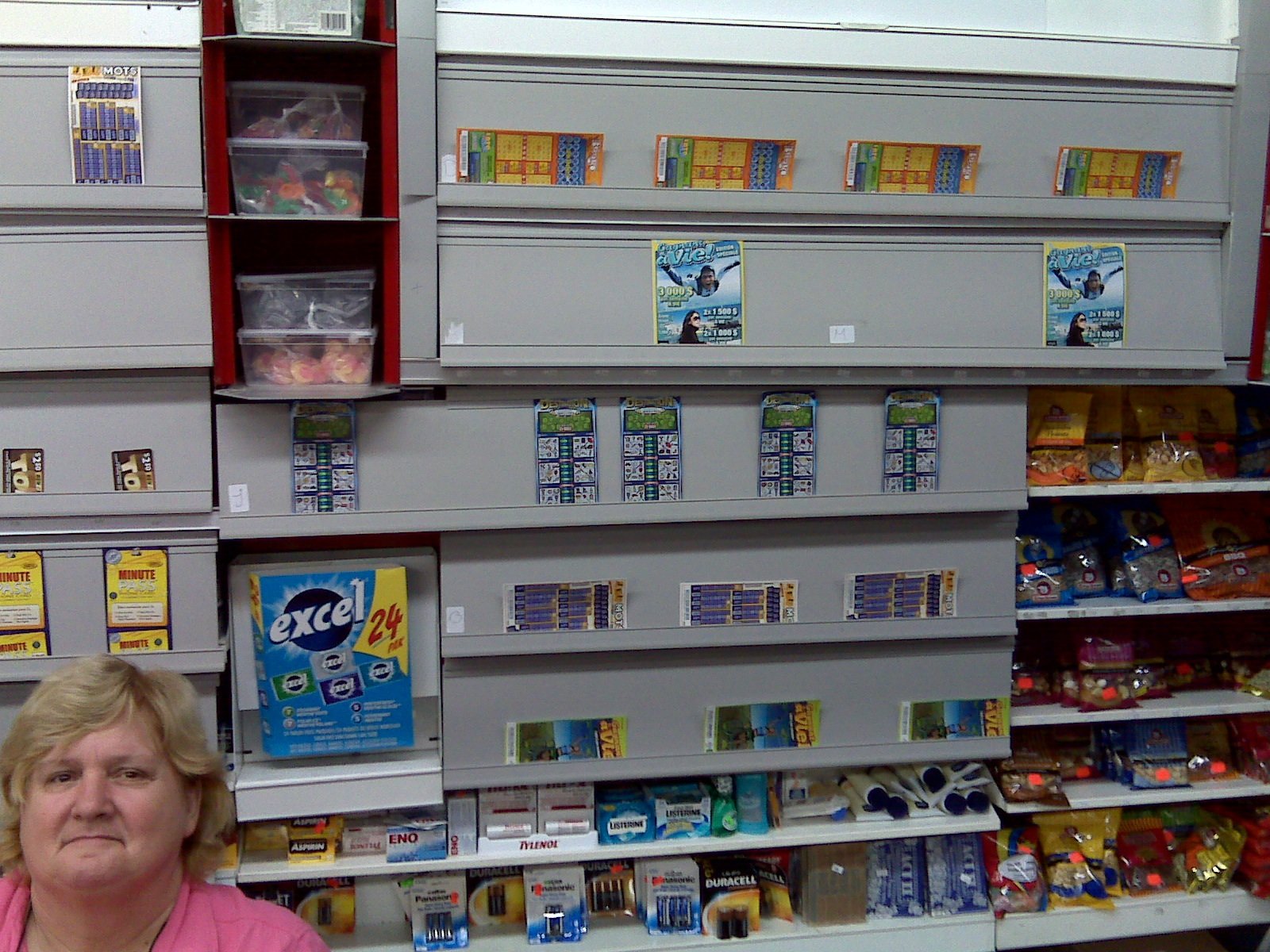 The above picture was taken moments ago at my favourite depanneur in the world, just around the corner from the Maclean’s Montreal office. Ginette (not the woman who is pictured) owns the place and was one of the handful of deps in the area that managed to get the cigarette companies to pay for the new grey panelling covering the coffin nails. The new coverings are ad hoc billboards on which anything, save for tobacco, can be advertised. So Ginette, the genius behind the $4 breakfast club sandwich, has begun displaying lottery tickets.

There is a certain cough-inducing irony about being able to replace one vice with another, the depths of which Richard Martineau plumbed in a column last month. It’s doubly so, since Loto-Québec, the state’s official arbiter of games of chance, began handing out large LCD screens runnig adverts for their wares to depanneurs at about the same time the new cigarette law came into being. (“Why did they do that?” I asked Ginette one night. “Because they have too much money,” was her reply.)

In order to prevent the practice of one addictive activity, the new cigarette panels have become billboards for yet another. God bless all those smart bureaucrats.