'Ashley is at peace,' mom says after jury homicide verdict in cell death 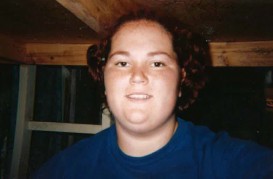 Ashley Smith is shown in an undated handout photo released at the inquest into her prison cell death, in Toronto on Wednesday, Feb.20, 2013. (Handout/CP)

TORONTO – The videotaped choking death of a teenager in her segregation cell six years ago was a homicide, a jury decided on Thursday, sparking calls for police to reopen their criminal investigation into the tragedy.

While the homicide decision is not a finding of legal liability, Smith’s family lawyer immediately called for police to get involved, and lashed out at Correctional Service Canada.

“It is high time that those in charge are held accountable,” Julian Falconer said.

“CSC, in my decades of work in this area, has proven they are an uncontrollable, unaccountable body. It is shameful.”

Falconer called for the immediate resignation of CSC Commissioner Don Head, who had warned jurors against making recommendations that would be expensive to implement.

The emotionally disturbed Smith, 19, of Moncton, N.B., strangled herself in her cell at the Grand Valley Institution in Kitchener, Ont., on Oct. 19, 2007.

Guards, under orders from senior management against intervening as long as she was still breathing, waited too long to enter he cell and save her.

The verdict by the five women jurors made it clear they accepted the evidence of front-line guards about the no-entry orders from Warden Cindy Berry and her deputy Joanna Pauline.

Several guards and a supervisor were initially charged with criminal negligence in Smith’s death — but they were dropped.

Falconer said he didn’t want police to go after them again.

“Those who made the order not to go into her cell — the deputy warden, the warden, those above — have yet to be truly investigated or yet to truly answer for their actions,” Falconer said.

There was no immediate comment from Correctional Service Canada but Public Safety Minister Steven Blaney said he had asked his officials to review the recommendations.

In an interview, Smith’s mother, Coralee Smith said she was “elated.”

“The jury was very courageous to take this step and they did the right thing,” Smith said.

“It’s come to an end and I think Ashley is at peace.”

The inquest heard evidence from 83 witnesses over 107 days starting in January about how poorly equipped the prison system was to deal with the mentally ill young woman.

Among their sweeping recommendations, jurors urged that female inmates with serious mental health issues or self-harming behaviours should serve time in a specialized treatment facility.

“It is urged that more than one federally operated treatment facility is available for high-risk, high-needs women in the event that a major conflict occurs between the inmate and staff,” the jury recommended.

The focus in dealing with such women, jurors said, should be on therapy, with treatment decisions made by clinicians rather than by security management.

They also called for a strict segregation regime, with a ban on indefinite solitary confinement.

Smith spent most of the last three years of her life in segregation, often with nothing more in the cell than a security gown designed to protect what was left of her dignity.

In her last year, she was transferred between institutions 17 times — with authorities restarting the clock each time to avoid reviewing her isolation status.

Jurors also pressed for the auditor general to do a “comprehensive audit” of how CSC was implementing the recommendations and to report publicly in 2020.

“This is an unprecedented recommendation,” Falconer said.

“It is now for the auditor general of Canada to bring what is a lawless institution into line and that means requiring compliance with these recommendations. Save lives.”

Smith’s original brief sentence for throwing crab apples at a postal worker ballooned to a cumulative 2,239 days by the time she died — mostly for acting out against guards and other inmates.

Jurors urged prison authorities to be far more circumspect in dealing with in-custody incidents, and to ensure police are well briefed on the “context” if called in to investigate.

Smith frequently tied ligatures around her neck from fabric she had secreted in her body cavities.

Some witnesses had said she had become inconsolably desolate at the prospects of never leaving prison but others said the teen spoke positively about her future and of going home to her mom.

The homicide verdict means jurors rejected any suggestion that Smith meant to kill herself.

The diagnosis, somewhere along the line, was that Smith suffered from severe borderline personality disorder but guards were led to believe she was just being obdurate.

They drugged and restrained her against her will. They pepper-sprayed her for biting or scratching, or to force her into compliance.

The inquest also heard how psychiatrists prescribed Smith medication without seeing her, while psychologists made fitful attempts to offer some form of therapy — through the food slot of her cell door.

Jurors said no food-slot therapy or assessments should happen.

“What happened to Ashley should never have happened,” said Kim Pate of the Canadian Association of Elizabeth Fry Societies.

“The concoctions of her as being violent were false; they were concocted in a way to justify a punitive treatment of her.”