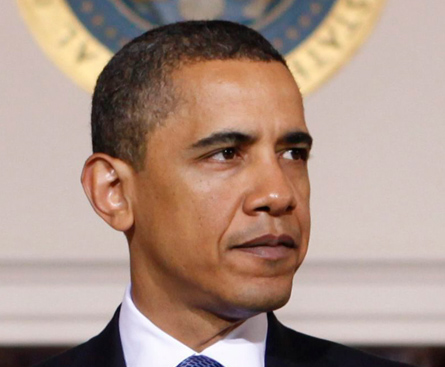 One thing about American conservatives, they can get away with opposing a war when circumstances change. Imagine a liberal opposing a war or changing his views on a war when the context changes. One recalls Bobby Kennedy’s turnaround on Vietnam and, later, John Kerry’s after he returned from his combat mission. In both cases, conservatives portrayed them and liberals in general as weak on national security. Democrats have always been sensitive to that label, which may explain their initial support for the Iraq war. While the wars are very different, there is a growing perception that the war in Afghanistan could become Obama’s Vietnam, especially since Obama seems committed to pursuing the mission. Unlike Iraq, Afghanistan is “a war of necessity” and not of choice according to Obama. However, polls are showing a growing disenchantment within the American public over this war. Casualties are mounting and, despite a new strategy and the deployment of more troops to Afghanistan, there are doubts the war can ever be won. America could very well face a similar fate as the Soviet Union in the 1980’s.

Respected conservative George Will published a column today arguing for an end to the combat mission in Afghanistan. If it has the same effect as Walter Cronkite’s declaration that Vietnam had become unwinnable, Will’s piece could mark the beginning of the end for the mission in Afghanistan. He blames the reluctance of NATO nations to commit the number of troops necessary to defeat the Taliban. We know, for example, that Canada has set a deadline on its current involvement and no NATO member states have shown any interest in picking up where we’ll be leaving off.

This is not just another column. Conservatives and Republicans have mounted well-orchestrated campaigns against the Obama administration, opposing the stimulus package, opposing health-care reform, opposing climate-change legislation, attacking the nomination of a special prosecutor on torture, opposing Sotomayor for the Supreme Court. All of these are examples of a wider scheme to derail the Obama agenda. This may be expected from the opposition. But while I believe Will is opining in good faith, watch for the far right to start claiming that Obama has not managed this war effectively and that it has become hopeless as a result. Both the mainstream right and the far right will conveniently coalesce and forget that they endorsed both wars and supported “enhanced interrogation techniques” from the start.

This being said, Will’s arguments merit attention. All western powers concur that a nuclear-armed Pakistan is the single most important threat to U.S. security and maybe the world. Still, while gradually shifting troops from Iraq to Afghanistan in order to contain the threat from Pakistan may appear to be a viable strategy, the chances of success remain uncertain. France’s General De Gaulle once said that knowing when to leave a war can be as important as winning it. It is clear that the Republicans are trying to turn Bush wars into Obama wars. The current president seems to have the favour of the American public for his Iraq strategy, but he may be standing on shakier ground when it comes to Afghanistan if NATO members don’t step up their commitments. At the height of U.S. casualties in Vietnam, Senator George Aiken of Vermont suggested his country “declare victory and leave.” We are not yet at that point with Afghanistan. But after what seems like an election debacle in Afghanistan, a product of both election fraud and Taliban terror, Will’s column cannot be dismissed as another conservative rant. After all, the American electorate has been known to become impatient quickly.