Crisis? What crisis? (Oh, that crisis.) 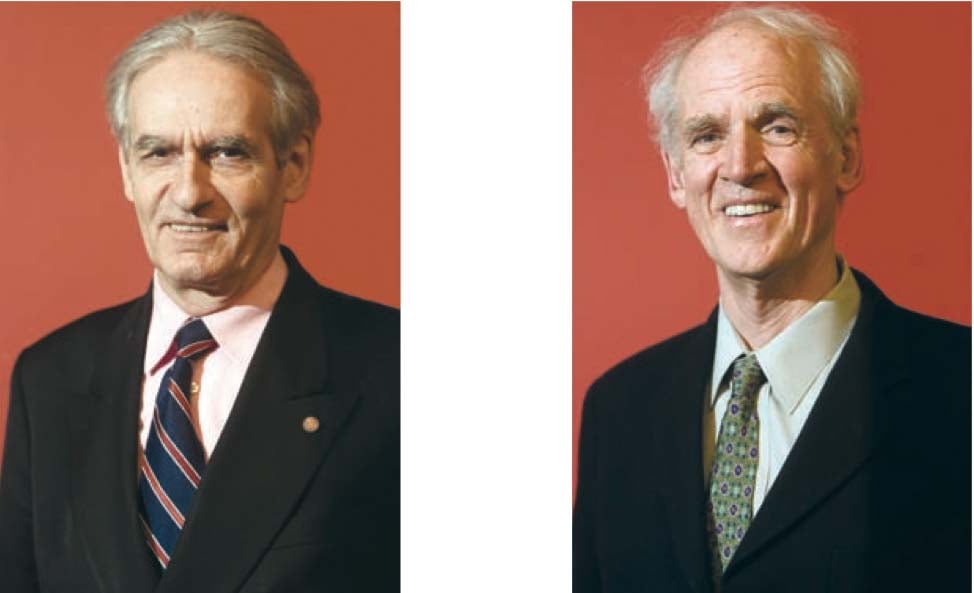 Why are these men smiling? The very reasonable and accommodating Gérard Bouchard and Charles Taylor

“I don’t know many societies in the world where we could have had this type of exercise on such explosive subjects in such a serene context.” -Charles Taylor, as quoted by La Presse’s Yves Boisvert in his column today.

Quebec is a place where the past tends to speak very loudly, and it can be a confusing and schizophrenic place to be. Hope and despair are interchangeable; everything can be fine right up until everything goes to hell. It’s euphoric and fucked up, awesome and maddening. I love it.

Such was the range of emotions as I read the reams of ink spilled over the Bouchard-Taylor report on reasonable accommodations this morning and afternoon. Initial response: cautious optimism. By holding hearings across the province in which anyone and everyone could air opinions on the prickly subject of race, language and culture, no matter how ill-formed or hateful, Quebec underwent the equivalent of public root canal surgery. In doing so, the province held a very open and frank debate of the type you won’t likely ever hear in the rest of the country, even though you probably should. Not only did no one get hurt, the commissioners produced a cerebral, nuanced and at times ponderous report, larded with suggestions – encourage French, enforce secularism in the public domain – and feel-good bromides (see quote, above.)

Chalk it down to the Latin influence, or our always-looming existential crisis over our place in the world, or the raging hangover after a long bout of particularly austere Catholicism, but we let everyone know when something is stuck in our craw –– for good or ill, but mostly for good. In Quebec, as Mr. Boisvert put it La Presse today, “we burn more police cars after hockey games than because of intercultural tensions.”

The mood changed with a reading of Le Journal de Montréal. The tabloid, whose leveraging of the reasonable accommodations debate was near identical to that of Mario Dumont’s ADQ, fronted the story today, with the following headline: “Bouchard-Taylor’s message to Quebecers: Be even more accommodating.”

On page four: “Get ready to open your wallets” to fix the accommodation problem, under a picture with the cutline, “Commissioner Bouchard speaks with a member of the cultural community.” (Funny, it looks like he’s speaking to a Muslim man, but whatever; they’re all the same, right?) On page seven: “The ethnics are overjoyed.”

What we have here, folks, is a self-professed populist newspaper cynically exploiting the fears and stoking the darker prejudices of its readership – the belief, plainly untrue, that immigrants to Quebec remain unwilling to learn French, that Quebec is listlessly awash in a sea of invading Englishmen, that any sort of accommodation of newcomers is akin to “se plier a genoux” (bending at the knees). There was a brief respite with Benoît Aubin, the erstwhile Maclean’s Montreal bureau chief who now runs Le Journal’s opinion pages, who called the reasonable accommodations “an apprehended crisis” due in large part to “the alarmist tone of politicians.”

Ahh, politicians. Mario Dumont – the same Mario Dumont who nearly became premier thanks to his campaign against immigration, and who then refused to offer anything constructive during the reasonable accommodation hearings – effectively said Bouchard and Taylor were cowards for failing to identify measures to protect the province’s “cultural markers” that apparently pump through Quebec’s heart like poutine sauce.

Then there the PQ’s Pauline Marois who, not to be outdone by Dumont, said the report was “too timid” and avoided discussing Quebec’s “identity malaise.” If any of this sounds familiar, it’s because these very sentiments were tumbling out of Dumont’s mouth in similar, pithy sound bites hardly a year ago during the run up to the election. Having kiboshed her party’s referendum mandate, Marois is now hot on the trail of the prototypical ADQ voter.

Jean Charest, meanwhile, defended the son of god himself, saying that the outsized crucifix bolted to the wall in the National Assembly – which Bouchard and Taylor recommended be removed – was demonstrative of the “attachment to our religious and historic heritage.” Memo to Jean: it was hung there by Maurice Duplessis’ government, making it a pean to one of the darkest and most corrupt eras in the province’s history.

Was all of this good or bad? Yin or yang? Sublime or frustrating? Still don’t know. Probably everything at once. Quebec can make your heart soar, and your eyes bleed. Isn’t it grand?